'America has failed' if Trump isn't held to account for his 'Nixonian' presidency: Ex-Deputy AG 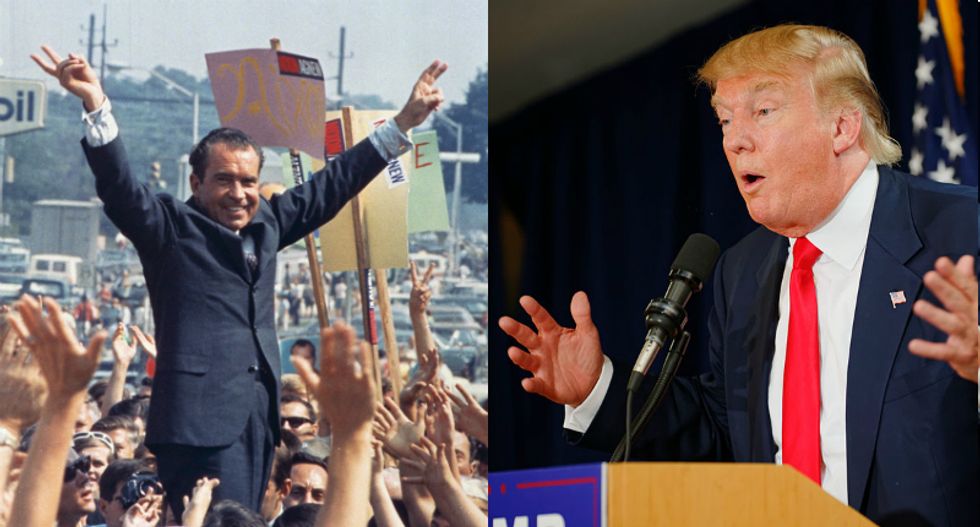 Former Deputy Assistant Attorney General for Legislative Affairs Elliot Williams told MSNBC on Thursday that the Mueller report shows the sheer depth of President Donald Trump's "Nixonian" interactions with former White House counsel Don McGahn -- and said if he's not held to account, the American people and its government "will have failed."

"People pull the Nixon lever way too frequently these days," host Brian Williams began, "but it is the behavior that McGahn was on the other end of that is the most Nixonian as you read through this report."

"It is sort of shutting down enemies, trying to suppress stories. Frankly this goes back even before any of this," Williams said. "When you are talking about things like the Deep State and the media being the enemy of the state and lying against you, this echoes a lot of the things that Nixon had said."

"It doesn't stretch logic to find that you also had a president who was verging on paranoid of all the institutions of government, and the people around him, and his attorneys, and his national security community, and on and on and on," Williams continued. "And so there is eminently Nixonian behavior here that we're seeing."

"We have failed as a populace when we only hold our president and our elected officials and their staff to the burden of, 'well, you didn't commit a crime, you couldnt be charged, NBD, no big deal, just go on, nothing to see here, go about your jobs,'" he said. "We have failed and we have been failed by our government if that is the standard."