Ana Navarro rips apart Trump for attacking Rep. Omar: He lied and exploited 9/11 ‘for his own personal gain’ 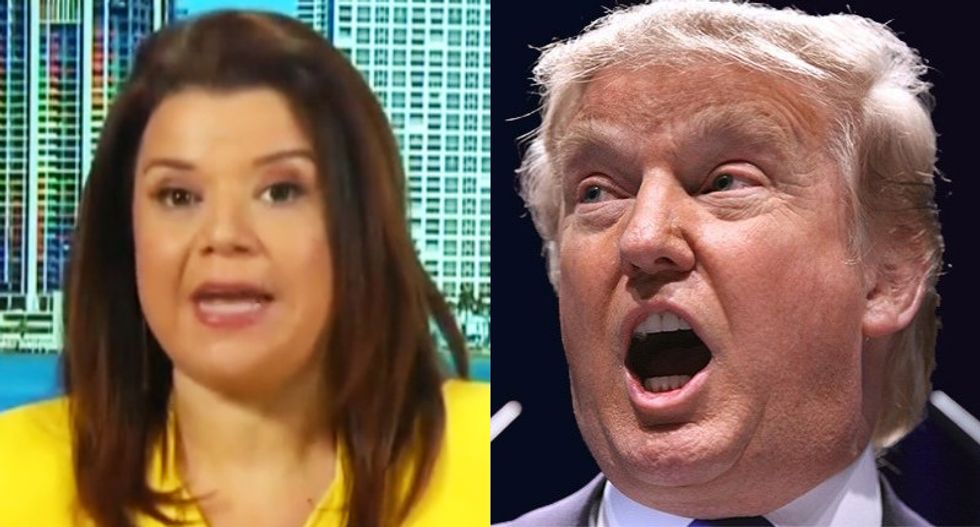 CNN political commentator Ana Navarro on Monday slammed President Donald Trump for attacking Minnesota Democratic Congresswoman Ilhan Omar for her comments about 9/11 -- saying that Trump was a hypocrite who had "exploited" the national tragedy for his own personal gain.

"It is horrible  x 9/11, such suffering, such death, such distress for so many families and for all America, frankly, should be used and exploited in order to advance a political agenda," said Navarro, who went on to say that Omar, as one of the first Muslim woman elected to Congress needs to be careful about "how she speaks because it's going to be picked over." But she saved her true ire for the president.

"As far as Trump, I just can't even fathom his level of hypocrisy and inappropriateness," she said. "Let's remember Donald Trump's own history with 9/11."

"This is a guy who applied for small business aid funds in New York after 9/11," she added. "Time and time again he has exploited the 9/11 for his personal gain, and it is wrong."