Authoritarianism expert praises Democratic presidential hopeful’s speech: ‘This is about the atrocity of now’ 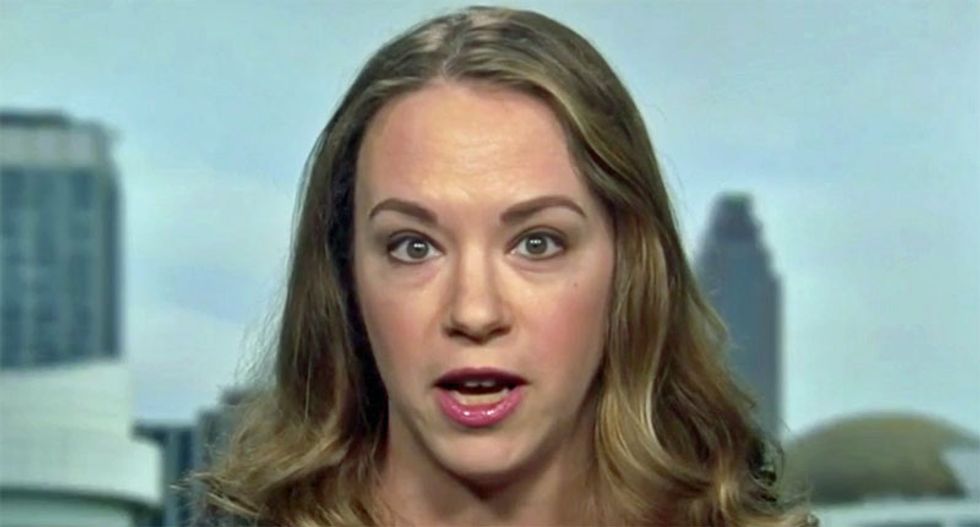 "In the 24 hours since President Trump escalated an attack on Rep. Ilhan Omar by tweeting a video of her spliced with footage of the burning twin towers, Democrats have accused him of Islamophobia, inciting violence and politicizing one of America’s gravest tragedies," The Washington Post reported Saturday.

One candidate, in particular, was praised by authoritarianism expert Sarah Kendzior.

Kendzior, the author of the 2018 book The View from Flyover Country: Dispatches from the Forgotten America, has been widely praised for her prescient warnings about Trump.

On Saturday, she praised a speech by former Rep. Beto O'Rourke (D-TX).

"Listen to Beto's speech all the way through. I appreciate the way he is speaking out. This is not about campaigning," she argued. "This is about the atrocity of now, the urgency of now, and he gets that."

The president’s actions are an incitement to violence against Rep. Omar and Muslim Americans across the country. Th… https://t.co/r5ycIem3Ov
— Beto O'Rourke (@Beto O'Rourke) 1555176213.0

Here are what other Democratic Party presidential hopefuls are saying about Trump's attacks on Omar:

Ilhan Omar is a leader with strength and courage. She won't back down to Trump's racism and hate, and neither will… https://t.co/9gPSvSQaXE
— Bernie Sanders (@Bernie Sanders) 1555114071.0

The President is inciting violence against a sitting Congresswoman—and an entire group of Americans based on their… https://t.co/LQXb3v96tp
— Elizabeth Warren (@Elizabeth Warren) 1555115002.0

The threats against the life of @IlhanMN make clear what is at stake if we fail to to do this, and to beat back hate in all all its forms.
— Pete Buttigieg (@Pete Buttigieg) 1555125956.0

I am grateful for @IlhanMN's courage and leadership and I stand with her - and with others targeted by the President's anti-Muslim rhetoric.
— Julián Castro (@Julián Castro) 1555124759.0

Someone has already been charged with a serious threat on Congresswoman Omar’s life. The video the President chose… https://t.co/6rkMZ5p0ir
— Amy Klobuchar (@Amy Klobuchar) 1555127156.0

As a Senator who represents 9/11 victims, I can't accept any minimizing of that pain. But Trump's dangerous rhetori… https://t.co/x0SIFuDLLl
— Kirsten Gillibrand (@Kirsten Gillibrand) 1555178964.0