‘The blood spilled today is on your hands’: Trump slammed for ‘thoughts and prayers’ comment after synagogue shooting 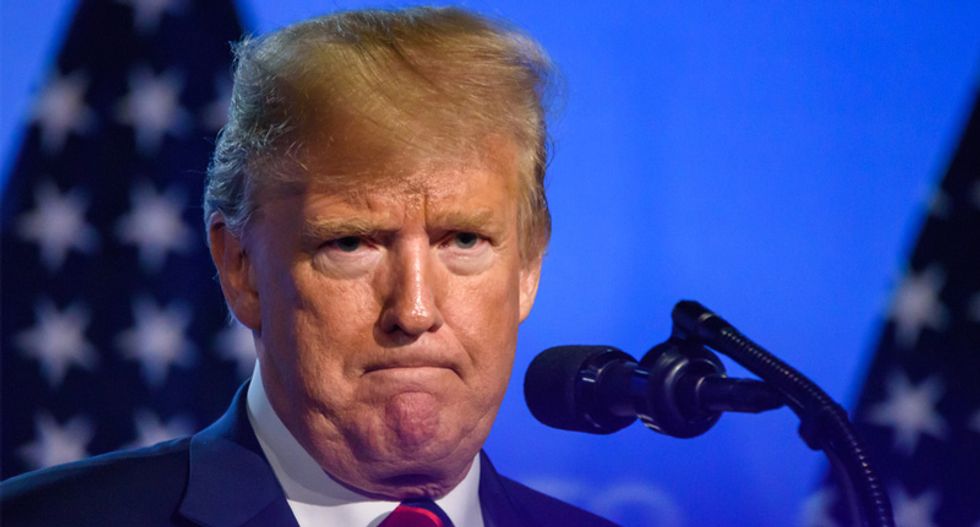 President Donald Trump was blasted for offering his "thoughts and prayers" following the fatal synagogue shooting in Poway, California.

"Thoughts and prayers to all of those affected by the shooting at the Synagogue in Poway, California. God bless you all," Trump tweeted.

The internet was less than impressed with the consoler-in-chief.

Here is some of what was being said:

Yesterday, @realDonaldTrump spoke at NRAAM and doubled down on his saying there were "very fine people" on both sid… https://t.co/0DIRCGOPwv
— Dr. Miranda Yaver (@Dr. Miranda Yaver)1556403090.0

@realDonaldTrump Many millions are “affected” by yet another hate crime under your racist dog-whistling watch,… https://t.co/11WY2dK7fa
— Jeff Stein (@Jeff Stein)1556402105.0

@realDonaldTrump Fuck your thought and prayers. Your poisonous voice is at the epicenter of these actions of hatred. NMAGA
— Mark (@Mark)1556402986.0

@realDonaldTrump Anti-semitism is one piece of the wave of hatred and violence Trump has unleashed with his campaig… https://t.co/WQfcFEIUqY
— Philip N Cohen (@Philip N Cohen)1556401305.0

@realDonaldTrump Thoughts and prayers are useless when it comes to hate crimes and domestic terrorism, you syphilit… https://t.co/dcBff3FNSH
— Lesley Abravanel🆘 (@Lesley Abravanel🆘)1556401523.0

@realDonaldTrump As a Californian, my state has been hit by so many mass shootings while Trump only offers useless… https://t.co/FZj7hE3j4I
— Eugene Gu, MD (@Eugene Gu, MD)1556401612.0

@realDonaldTrump You promote hate and guns. You have blood on your hands.
— David Rothkopf (@David Rothkopf)1556401656.0

@realDonaldTrump Scumbag! Were there good people on both sides of this also? Your thoughts will never count. Can’t… https://t.co/NCCgWA8zTM
— MichaelRapaport (@MichaelRapaport)1556401461.0

@realDonaldTrump The problem with your “Thoughts & Prayers” is that they come from a man who doesn’t pray and doesn’t think.
— Thorsten (@Thorsten)1556401710.0