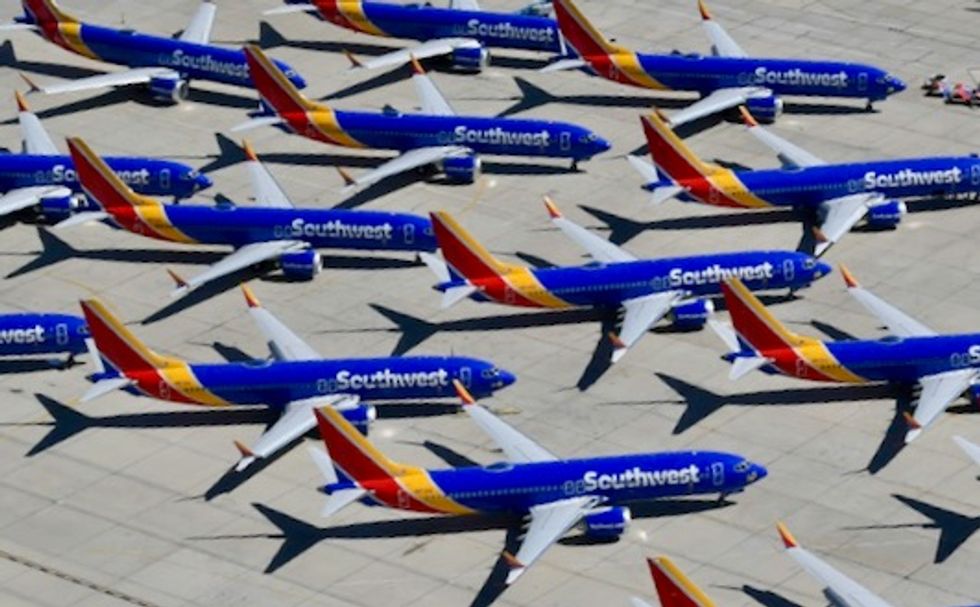 The changes US aircraft manufacturer Boeing has proposed in the wake of two deadly accidents of its top-selling 737 MAX aircraft were deemed "operationally suitable," according to a draft report released by US regulators Tuesday.

However, Boeing has not yet submitted a planned software fix to the Federal Aviation Administration, the agency said in a statement.

Boeing has been working on a software fix for its anti-stall system following crashes in Ethiopia last month and Indonesia in October that killed nearly 350 people, both shortly after takeoff.

All 737 MAX aircraft have been banned from the world's skies since days after the Ethiopian Airlines crash on March 10, and the FAA has said it will not rush to approve the proposed fixes.

Crash investigators have zeroed in on the planes' anti-stall system, the Maneuvering Characteristics Augmentation System, or MCAS, which may have erroneously forced the planes down.

Boeing said it has been working on a software upgrade since late last year, and announced additional changes after last month's deadly crash.

The FAA said a Flight Standardization Board evaluated "the modified Maneuvering Characteristics Augmentation System (MCAS)" and said the "system was found to be operationally suitable."

The report, which notes the differences in the MAX compared to prior 737 models, and any new training requirements, will be open for public comment for 14 days.

"After that, the FAA will review those comments before making a final assessment. Boeing Co. is still expected in the coming weeks to submit the final software package for certification," the agency said.

Because the 737 MAX is substantially similar to prior versions of the aircraft, pilots are not required to undergo extensive additional training, however the report added the MCAS to the list of items that require "aided instruction," such as videos or computer-based tutorials.

The grounding has put Boeing under increasing pressure, forcing it to halt deliveries of the aircraft. And US airlines are facing hundreds of daily flight cancelations through the summer, the peak travel season.

The MCAS was developed specifically for the 737 MAX, because its heavier engines created aerodynamic issues. But it apparently was designed to engage when alerted by a single sensor.

US pilots complained after the crash in October that they had not been fully briefed on the system.

The Ethiopian probe appeared to confirm suspicions about the MCAS, with data echoing that from the crash of the Indonesian Lion Air flight.

The full report has not been publicly released but, according to a draft copy seen by AFP, shortly after take-off a sensor recording the level of the plane began transmitting faulty data, prompting the autopilot system to point the nose downward.