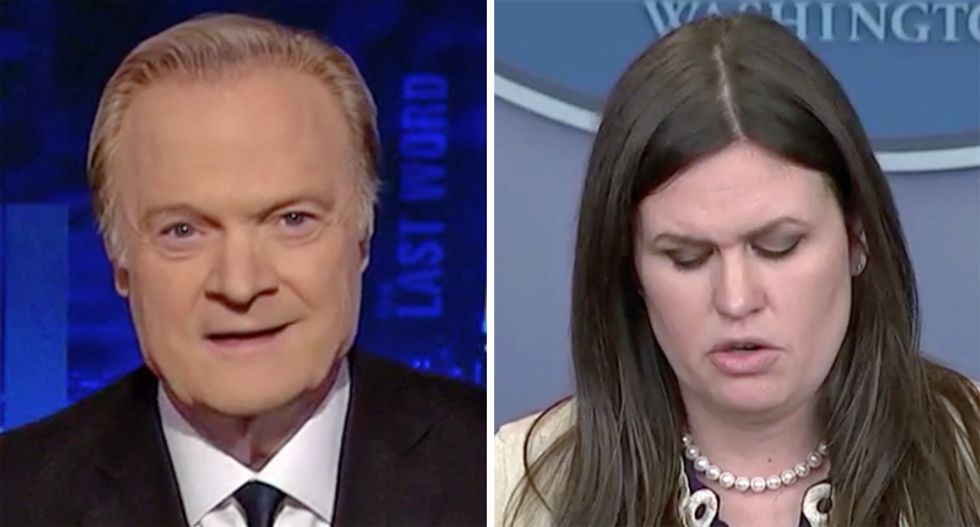 "Many Mueller report readers have been just delighted to find that when Sarah Sanders was in effect under oath speaking to Robert Mueller's investigators, she was forced to admit that she lied," he noted. "But that's not exactly what happened."

"Remember, Sarah Sanders is not just a liar, she is a pathological liar. So when she was admitting to the Mueller investigators that she didn't tell the truth, she actually lied to them -- and they knew it," he explained.

"That was a lie that she wrote and then very calmly and deliberately read to the news media and to the country. The rank and file of the FBI had lost confidence in their director and then when she was forced under oath to admit that statement wasn't true, she actually lied about her lie," he noted.

As other Trump associates have discovered, lying to federal investigators is a crime that can result in prison time.