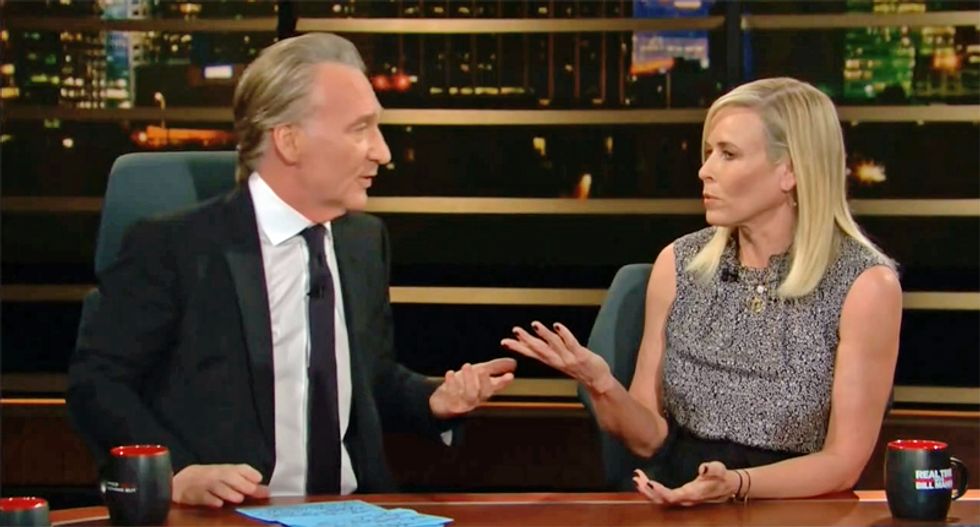 "I have to know what you think of Joe Biden and that whole thing," Maher said.

"I think Joe Biden is just a grandfather, you know what I mean? And he's old," Handler replied.

"I don't like comparing -- I don't like these stories of these women coming out and talking about a man smelling their hair or kissing the back of their head," she continued.

"I think it diminishes people who have actually experienced bullsh*t," Hander said.

"That's what I was trying to say over there," Maher said, referring to his opening monologue.

The segment then unexpectedly turned to the question of whether former U.K. Prime Minister Margaret Thatcher was a "sexual predator."