CNN conservative has a meltdown after Beto criticizes Netanyahu: 'He's calling our ally a racist!' 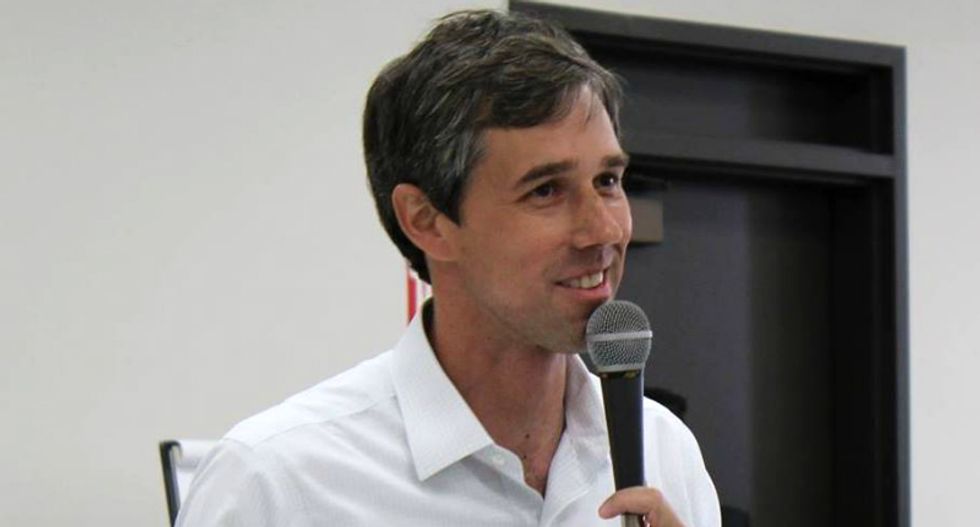 Conservative commentator Matt Lewis went up against Democratic strategist Maria Cardona in a debate about the 2020 Democratic Primary candidates being nicer.

CNN ran a video of former Rep. Beto O'Rourke (D-TX) giving a nuanced answer on Israel, saying that one can dislike a leader of a country without disliking the entire country. Prime Minister Benjamin Netanyahu is in a tight reelection campaign, and O'Rourke doesn't want to see him reelected but wants to see Israel succeed as a country. Lewis claimed that attacking Netanyahu was akin to attacking the entire country.

"He could be the sort of nice optimistic, hopeful Barack Obama sort of candidate, and instead, and I think he's being outmaneuvered now by Pete Buttigieg," Lewis said of the two candidates' answers on Israel. "You see Beto lurching left with the social justice woke group. I think it undermines the likability that Beto used to have. Beto used to be seen as temperamentally likable and moderate, and I don't think this is a good look actually."

Cardona said that she thinks O'Rourke is still likable, he's merely able to speak the truth.

"Now you're doing exactly what I said. You're conflating Israel with the prime minister," Cardona said. She explained that O'Rourke outlined the difference between attacking the leader of a country over the country and its people. Lewis, an anti-Donald Trump conservative should be well acquainted with denouncing a leader. The same can be said for attacks on Russian President Vladimir Putin not being akin to attacking all Russian people.

"You had a segment about this earlier as [Trump] trying to paint the whole party as anti-Semitic because they want to conflate any criticism we supply towards the Prime Minister of Israel or Netanyahu himself to paint us as being anti-Semitic or anti-Israel, and that is absolutely the furthest thing from the truth that there is, and Beto did a very good job of differentiating those two."

"He is the leader!" Lewis exclaimed. "He's the leader of Israel for right now."

"Does that mean we can't criticize--" Cardona tried to say before the host cut her off.