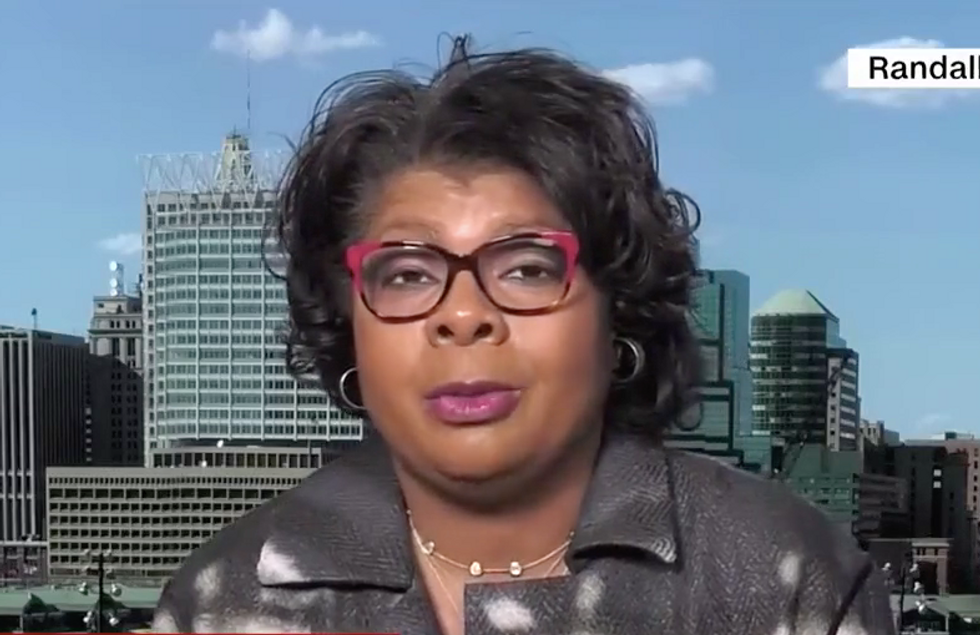 In conversation with Erin Burnett about White House Press Secretary Sarah Huckabee Sanders' lies about the FBI, CNN's April Ryan disclosed that the White House called her and tried to "explain" to her their own narrative about what Sanders said.

"She made a comment from the White House podium, right, saying that the rank and file FBI agents had lost confidence in Jim Comey, right, she said it as a fact and more than once," said Burnett. "She told Bob Mueller that quote that was not founded on anything ... she admitted, April, to the special counsel that she hadn't talked to anybody. When she said it she made it up. She admitted that. But now she is saying it's 100 percent accurate. What do you make of the explanation?"

"Well, let me say this, the White House is very concerned," said Ryan. "I got a call today because, you know, as I said, I called her a liar. And the White House tried to explain to me what it was."

"People are not going to be able to trust her, or even this administration, it's even bigger than Sarah at this point," Ryan concluded. "It's now the president. It's now his minions. Can you trust? And the answer is no. There are big questions today."