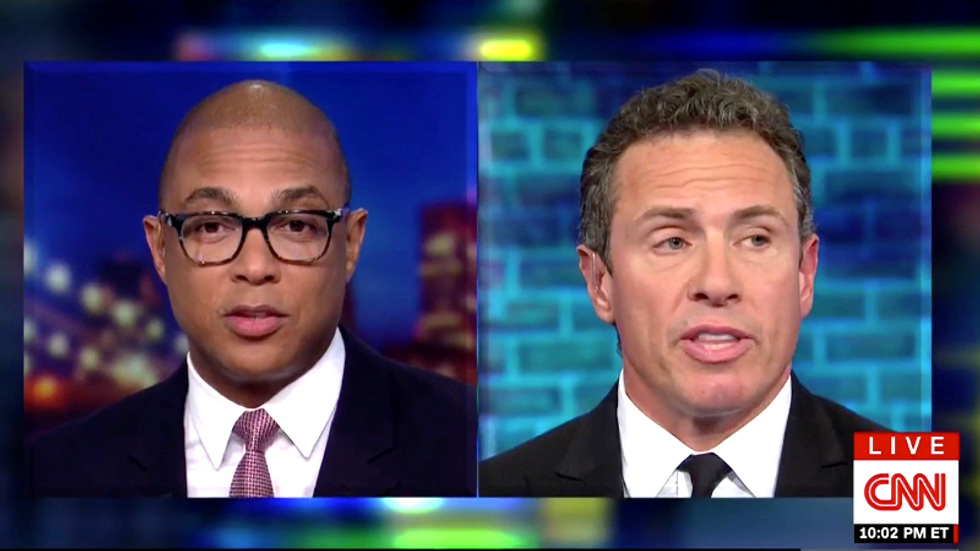 "Oddly, the president seemed offended that this was even happening," Cuomo said. "The president is referring to himself and Fox collectively."

"It shows you how he views the relationship that he has with state-run television that we talk about all the time," Lemon said. "It is an echo chamber."

Lemon added, "He is emboldened by a lot of maybe he let the truth slip out. But I think he's aware that people know that. He looks at them as an extension of the Republican Party and also of the White House. I'm not shocked that he feels that way."