Congresswoman blasts Republican ‘kiss-letters’ to pharmaceutical companies: ‘This is a ripoff of the American people’ 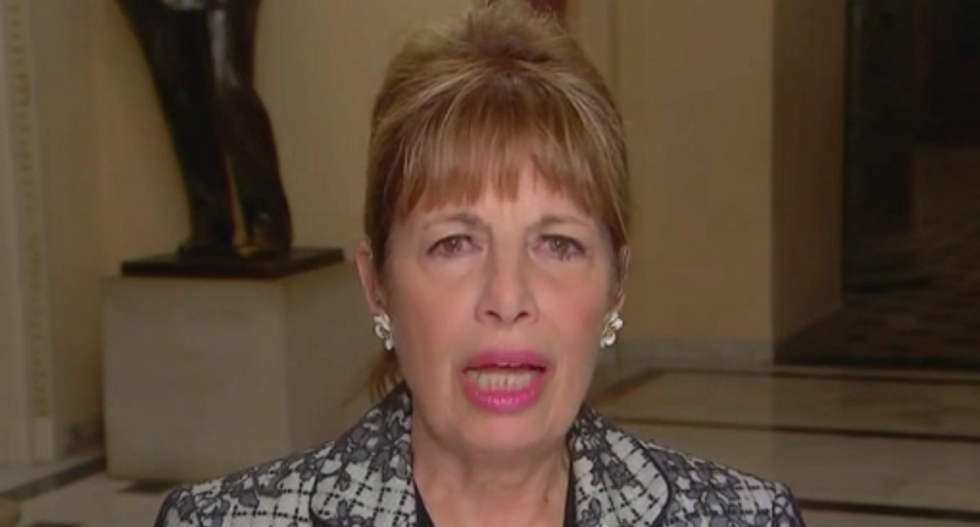 Outraged, Rep. Jackie Speier (D-CA) laid into her colleagues on MSNBC's "All In with Chris Hayes" on Tuesday.

"The American people deserve to have lower drug prices," said Speier. "The president even said so. And so two of my Republican colleauges, rather than being on the side of their constituents trying to bring down the cost of drugs, are writing kiss-letters to the pharmaceutical companies telling them to be aware of what the chairman, Mr. Cummings is doing trying to lower prices. It really shows you where the two parties are in terms of drug pricing."

"Chairman Cummings has gone out of his way to show that he wants to cooperate," added Speier, but "they are going for the jugular. They have no intention to work cooperatively with the chairman."

Speier made clear the stakes of this congressional inquiry.

"Four of the top 10 [drugs] in America since 2011 have seen a price increase of 100 percent," said Speier. "Type one diabetes insulin, again, 3-4-500 percent increases. Epipens have gone up 500 percent. So the drug manufacturers are taking advantage of the opportunity to raise prices because they fear there might be controls placed on the prices of drugs. It's obscene ... this is a ripoff of the American people."