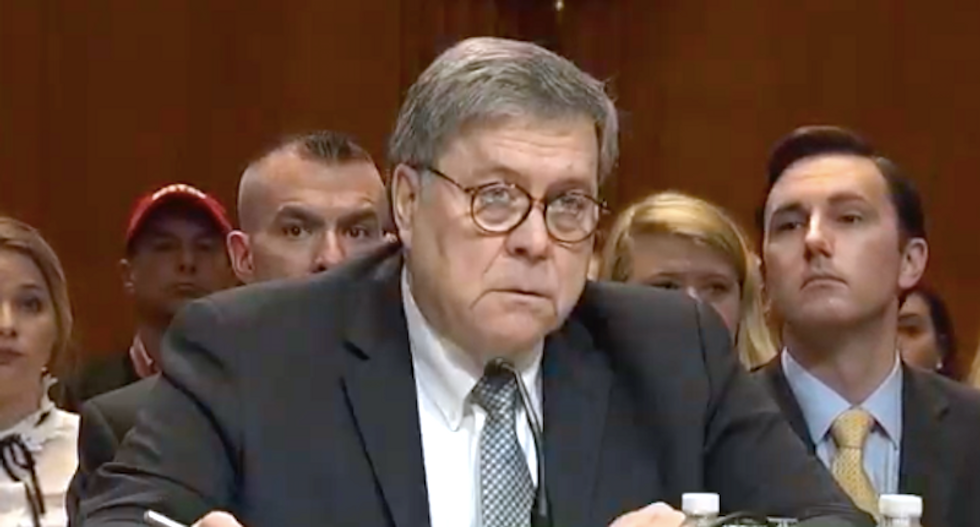 On Thursday, Never-Trump conservative columnist and talk radio host Charlie Sykes penned an editorial explaining why he has no faith in Attorney General William Barr — and offered seven reasons why the rest of America shouldn't trust him either.

"My Barr-skepticism admittedly runs deep," he wrote, but "The case against blindly trusting Barr has grown more compelling in the weeks since, and especially given his testimony before the Senate on Tuesday."

His reasons include: Barr was handpicked by President Donald Trump to be his personal "Roy Cohn"; he auditioned for the role with a memo arguing the president could not be accused of obstruction of justice; he followed through with this promise by intervening in special counsel Robert Mueller's findings; his explanation of the investigation was inadequate; he has shown he cannot act independently of Trump's personal whims; and he is not taking the steps he legally can to make the Justice Department's findings transparent to the American people.

The seventh and most damning reason, Sykes wrote, is his reckless decision to say in an open Senate hearing, with no evidence, that he believes the FBI was "spying" on the Trump campaign — an act that seemed calculated to please the president rather than serve any legitimate investigative purpose.

"Predictably, Barr's comments were eagerly received by his audience of one," concluded Sykes, noting that Trump referred to the Mueller probe as "treason" shortly before Barr's testimony began. "And now, it appears, he has an attorney general willing to do something about it."