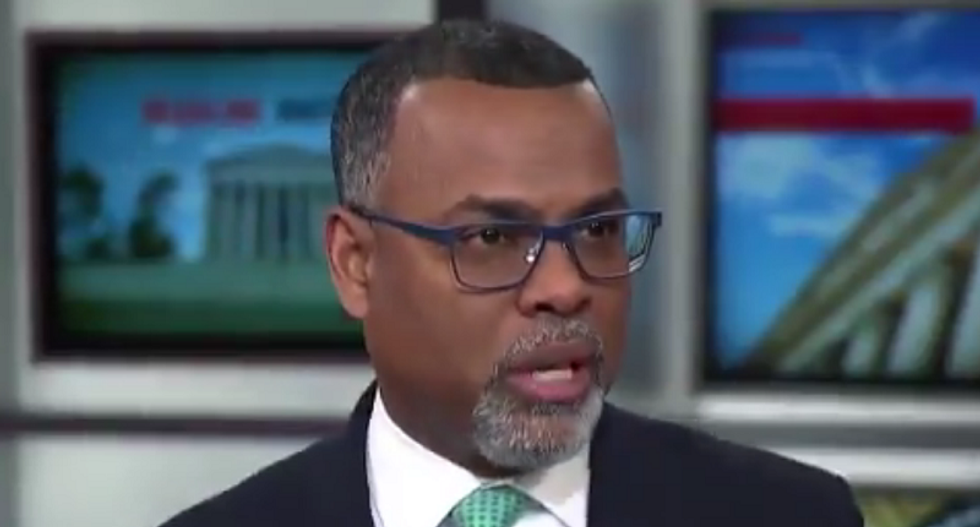 On Wednesday, law professor and MSNBC contributor Eddie Glaude laid into President Donald Trump on "Deadline: White House" during a segment on Trump's repeated lies about his own father's birthplace. Glaude blasted the president as a man who has neither the intellectual nor the moral capacity to wield the authority he has — and the damage it is doing in policy arenas like immigration.

"There's a combination of cruelty, ignorance, and power," Glaude told host Nicolle Wallace. "That means he's very dangerous for a lot of people who are vulnerable ... when you see him making decisions that impact the day-to-day lives of not only Americans but folk who are bringing their babies because they're fleeing violence, families who are trying in some significant way to imagine America as a place of refuge, and you see that, then you have to worry profoundly."

"When you think of the policy in regards to the border, in some ways, he is Don Quixote," added Glaude. "Instead of chasing windmills, he's chasing walls. And so you see this guy basically pushing a policy on a lie!"

Ironically, Miguel de Cervantes Saavedra's original Don Quixote, telling the story of a nobleman who loses his wits and wanders the country as a knight-errant, had this to say about people who serially fabricate reality: "The truth may be stretched thin, but it never breaks, and it always surfaces above lies, as oil floats on water."