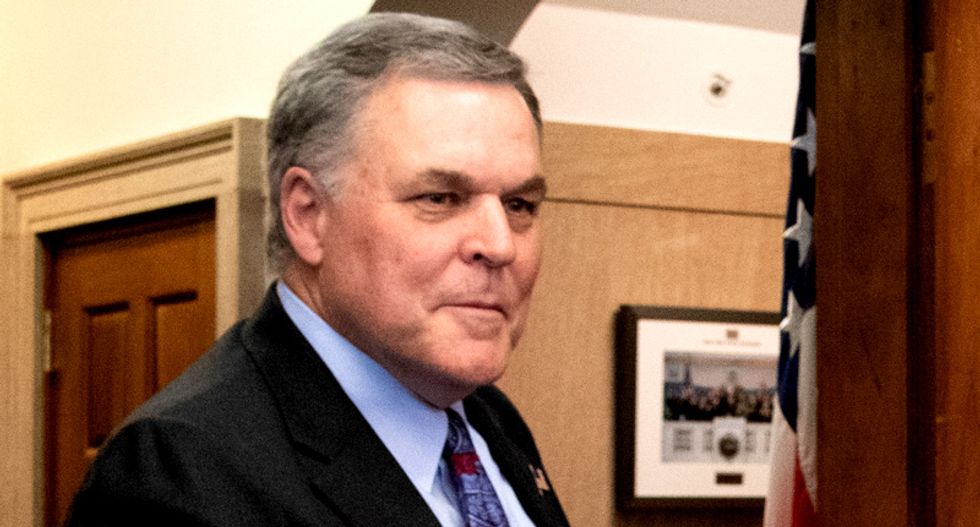 To most Americans, this is Tax Day 2019, but to many of the superrich, it’s a glorious and lucrative day — Tax Secrecy Day.

Before 1925 tax returns were public. Newspapers ran accounts each April detailing to the penny how much money was made and paid, by the likes of Julius N. Rosenwald of Sears Roebuck and the oil monopolist John D. Rockefeller, citing by name federal tax officials as the sources.

But thanks to a feud between two of the richest men in America and the Teapot Dome scandal tax information became secret. And no one gains more from tax secrecy that the those among the superrich who steal from the rest of us by not paying what they owe.

Unless they are too brazen or clumsy, very rich tax cheats with very good lawyers get to deal with their tax offenses behind closed doors.  As a criminal tax defense lawyer once told me, “I get paid to save people from indictments for their tax crimes by settling cases before their names go into the public record.”

Some of these criminals cut deals to minimize or even avoid prison time, but only after their names became public, unlike the secret backroom deals that are standard operating procedure at the IRS.

No one is better at making such secret deals than the man Donald Trump chose as his tax commissioner. And we do mean as “his” tax commissioner, at least based on Charles Rettig’s recent lawless behavior.

Like most previous commissioners, Rettig is a tax lawyer. But he’s not just any tax lawyer. When the Los Angeles Times needed an expert to cite in 2002 on illegal tax shelters it turned to Rettig.

Rettig is a global-level specialist in helping the super wealthy get out of paying the taxes that the rest of us have no choice but to pay because the money comes out of our paychecks before we collect our money.

No Audits for the Superrich

Rettig is a master at attacking audits, finding flaws in investigations by our federal Tax Police so his clients can pay far  less than they owe. And he has attacked the very idea of auditing people who are very rich.

The IRS announced in 2009 that it was forming an elite audit group to investigate what was known, in part due to my years of reporting, to be massive tax cheating among many super-wealthy Americans and foreign nationals. Rettig went on the attack.

“These are the tax audits from hell that your grandfather warned about,” he told the Wall Street Journal in denouncing the new “wealth squad.”

No one is more beloved among the armies of tax advisors to the rich and superrich than Rettig.

Before his appointment, Rettig practiced in a city deservedly known for its tax avoiding ways— Beverly Hills—the high-end bedroom community for Hollywood. Almost 40% of Beverly Hills residents are so prosperous that their average income is $1.5 million annually. That’s a lot, but hardly enough to justify the prices of many Beverly Hills mansions.

Hollywood is the place — the industry — where creative accounting inspired the term “fatal subtraction.” Movies that rake in truckloads of greenbacks at the box office often appear on accounting ledgers as money-losing enterprises drenched in buckets of red ink. That also means, of course, no taxes.

Rettig is so beloved by the tax avoidance community that some 700 tax accountants stood to applaud last fall as he mounted the dais to speak  at the American Institute of Certified Public Accountants annual conference in, where else, Washington.

As tax commissioner, Rettig told his adoring fans, “Where we can be more transparent than you can imagine, we will.”

Now that promise is being put to the test.

We were critical of Rettig 14 months ago when Trump nominated him to run the IRS: “Donald Trump’s pattern of putting foxes in charge of the henhouse continues with his expected nomination of Charles Rettig, a Beverly Hills tax lawyer, as the next IRS commissioner.”

You might think that a former IRS executive or a prosecutor with experience in tax cases or a state tax administrator or another person whose job is to look out for the interests of the taxpayers generally, not individual taxpayers, would be a logical choice. Not in Trumpland.

We compared the choice of Rettig to such scoundrels as Scott Pruitt, who wanted to set polluters free, and Mick Mulvaney, who has taken the side of the worst bankers against borrowers in seeking to destroy the Consumer Finance Protection Bureau, which has recovered billions and billions for wronged consumers. And, of course, these people are far from alone in Trump’s cabinet of scoundrels.

Our warnings that Rettig was not one of “the best people” that Trump promised, but instead a servant of tax-avoiding swamp dwellers, drew rebuke from some tax lawyers and tax accountants whom I’ve known for years. They said DCReport was being unfair.

Rettig, they insisted, was a standup guy who could be counted on always to do the right thing in all matters tax.

Since April 3 our judgment has been supported by disturbing facts. That was the day that Rettig got a letter requesting six years of Trump tax returns and related tax information.

The request by Representative Richard Neal (D-Mass.), who chairs the House Ways and Means Committee, cited as authority that law passed in the Roaring Twenties. The statute is crystal clear – Rettig “shall” turn over the Trump tax documents to Neal. Period. End of argument.

The 1924 anti-corruption law was passed in the wake of the Teapot Dome scandal. It makes anyone’s returns available to Congress upon written request.

It also came after a bitter fight between Andrew Mellon, the gazillionaire Treasury secretary, and Senator James J. Couzens, a Michigan Republican believed to be the richest member of Congress in the Roaring Twenties.

In passing the law Congress ended the practice of tax return information being public. But to make sure the system was honest, or at least not too embarrassingly corrupt, Congress passed that law ordering that the Tax Police turn over any tax return it requested in writing.

Rettig has so far evaded his duty to obey the law and turn the materials over.

If Rettig fails by April 23 to do his sworn duty he faces possible contempt of Congress. In years long past Congress has actually tied people for contempt and held them.

Under another tax law, Section 7214(a) of our tax code, any failure to comply with any aspect of the law makes Rettig and perhaps Mnuchin liable to more serious penalties. Congress has decreed that if any federal “employee” fails their duty regarding tax law enforcement they “shall” be removed from office and if prosecuted successfully can spend five years behind bars and pay a $10,000 fine.

In refusing to comply Trump insists the law is “100% on my side.” That’s a classic Trump lie, to take what is true and say the opposite. No laws and no court decisions going back to 1938 when the issue evidently first arose in court support Trump.

The law under which Neal requested Trump’s tax documents has no wiggle room. It doesn’t have a provision for withholding a tax return because of political considerations or because a president wants to hide the tax returns he promised to show voters or any other lame excuse. It simply says that upon written request the tax returns “shall” be turned over.

Similarly, the law mandating removal from office for appointees, and the firing of regular employees, who fail to their duty also has no wiggle room. Failure to comply could also become grounds for California to revoke Rettig’s license to practice law.

The 1924 anti-corruption law was used to get President Richard Nixon’s 1969 tax return. The IRS had audited it and found nothing amiss. But when Congress exercised its anti-corruption power and broke through the secrecy it emerged that Nixon was a major league tax criminal. He took fraudulent deductions valued in today’s money at more than $3.4 million.

Tax cheating was one of the articles of impeachment that became moot when Nixon resigned in August 1974.  Nixon’s tax lawyer was indicted, convicted and imprisoned. Nixon got a pardon from his handpicked successor, our only unelected president, Gerald Ford.

Like many tax cheats and suspected tax cheats before him, Trump is hoping that secrecy will work to his benefit. But if the law is not enforced it will also hurt you.