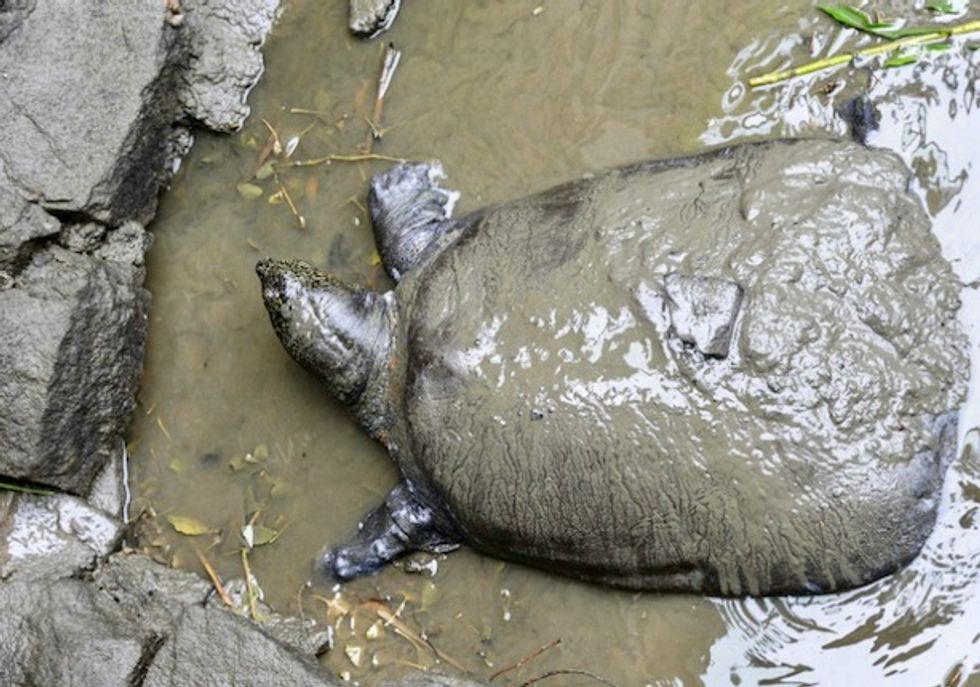 The world's rarest turtle has moved a step closer to extinction after a female specimen died in a Chinese zoo, leaving behind just three known members of the species.

The Yangtze giant softshell turtle, believed to be above 90 years of age, died in Suzhou Zoo on Saturday, according to the Suzhou Daily.

The female's death came a day after zoo officials made a last-ditch effort at artificial insemination using semen from the Suzhou Zoo male, an animal estimated to be more than 100 years old, the newspaper said.

The zoo had tried unsuccessfully for several years to get the pair to mate and reproduce naturally. It will now conduct an autopsy to determine what caused the animal's death, the newspaper reported.

Besides the Suzhou Zoo male there are only two other known members of the species left, both living in the wild in Vietnam and of unknown gender, according to conservationists.

The Yangtze giant softshell turtle is the largest freshwater turtle in the world, growing to 100 cm (39 inches) long and weighing up to 100kg (220 pounds).

Its main habitat was the Yangtze River and other inland China waterways.

But aquatic life in China's rivers has suffered severely from centuries of hunting and, more recently, decades of pollution, shipping traffic and ecological disruption wrought by hydroelectric dams.