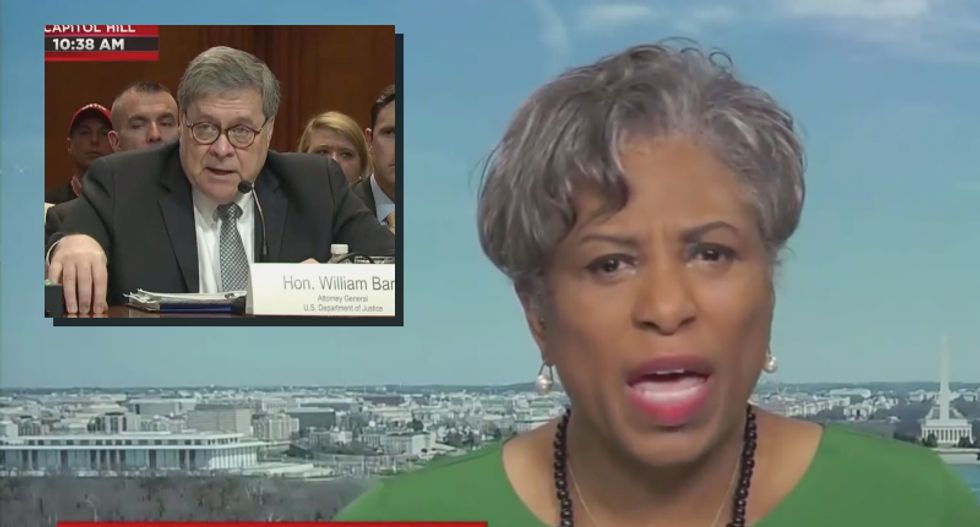 Brenda Lawrence (D-MI), who sits on the House Appropriations Committee and sparred with Attorney General Bill Barr on Tuesday, told CNN on Thursday that she was unhappy with Barr's "dismissive, arrogant" attitude in refusing to discuss the Mueller report publicly -- and that history and the American people would judge him harshly.

"I sat through that hearing and I questioned Barr. It was really compelling and intriguing, the amount of dismissive, arrogant interaction we had with him," Lawrence said. "In the Mueller report, we have the support of the people. It's been polled so many times, 80%, even the Republicans. We have bipartisan, 100% support via vote to have a clear, transparent process, and we have history on our side, starting with the Watergate investigation."

"Somewhere along the line he's gotten twisted because that comment about spying is a direct quote from the rhetoric of the president of the United States," she went on. "You are the attorney general. You are supposed to operate on fact and law."

"Would you support the attorney general being clear and transparent about any evidence he has of undue spying during the campaign?" asked host Jim Sciutto. "The question being, why not wait to see what he's got before you dismiss what he says are legitimate concerns?"

"For an attorney general to just blurt out something as serious as spying by our own government without due process is a very serious accusation," Lawrence replied. "If you are going to say that, and from all of the procedural requirements, you should have clear documents, there should be a charge, and is there an investigation? He backed back on that."

"As the attorney general, your job is not to be a messenger for rhetoric for the president," she continued. "His is to be the gate keeper of the law and the process of justice in our country. So I pray that he gets that, and if not, we need to take action in Congress."