If Democrats won't act against Trump, the destruction of our democracy is on them 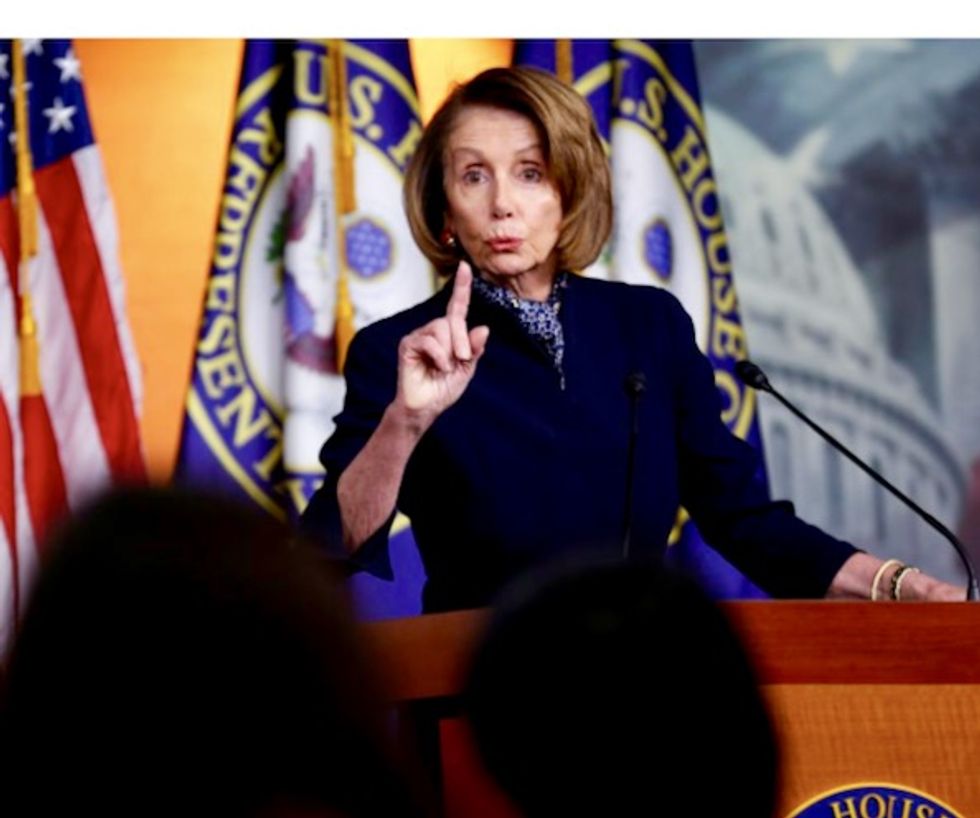 When President Obama took office in January of 2009, the country was still reeling from the trauma of a war begun on the basis of lies and obfuscation. We were deep in the throes of an epic recession caused by rampant greed and flagrant malfeasance on the part of the financial leaders of the country. Many of the people who voted the new president and a Democratic congressional majority into power expected there would be a reckoning for those responsible. Instead, Obama and Democratic leaders decided that it would be a mistake to "look in the rearview mirror" or "play the blame game," and a full account of what had happened was left for history to sort out.

It's true that the country was in terrible shape, losing 700,000 jobs a month with millions of home foreclosures and an imploding health care system. The war that should never have happened had killed hundreds of thousands and destabilized the Middle East with no end in sight. But taking accountability for what had happened off the table in the name of comity and "moving forward" had serious consequences. It deepened a cynicism about our government and our political system among the public that had been growing for decades, largely as a result of abuse of power and malfeasance going unchecked. And it set the table for Donald Trump and his lawless administration.

Presidents and other political leaders have always told lies, of course. They had even lied the country into wars for nationalist ambition and political gain before. They lied about their personal lives and they lied about their policies. Some of them perpetrated crimes and abuse of office. (We've had presidents who committed genocide and defended slavery too, although in its historical context those were normal facets of American life at the time.) But rank criminality was never considered OK. There had even been a major corruption scandal in the 1920s that led to a series of government reforms.

But something changed after Richard Nixon was forced to resign in 1974. American society had evolved and no longer accepted that its leaders should be allowed to abuse their power without being held to account. Much of the country was shocked by Nixon's behavior, and just as disturbed to learn about the illegal and unethical actions of the various government institutions in the decades after World War II. The FBI had been an authoritarian nightmare under longtime director J. Edgar Hoover and the CIA had staged or attempted assassinations and coups all over the planet. The military had lied repeatedly and comprehensively about the war in Vietnam, Cambodia and Laos, in which numerous war crimes had been committed.

As people read each new revelation in the newspapers and watched the Watergate scandal unfold on TV, they came to understand that the government had to be reined in, including the president. Although Nixon's resignation and subsequent pardon were seen by many as an illustration of the system "working," it really didn't. Nixon suffered shame but despite the fact that Congress tried to reform our political system, it never didn't happen. The next thing we knew, Ronald Reagan was in the White House and his crew was blatantly abusing executive power by selling weapons to Iran in spite of sanctions against that country and then using the money to fund a right-wing rebel army in Central America, all against the law and the will of Congress.

Once again, the political leadership was let off the hook. Reagan was excused because he didn't know what his underlings were doing, and those underlings were pardoned by Reagan's successor, George H.W. Bush, before they saw the inside of a courtroom .

Seeking revenge, the Republicans went hard after Bill Clinton, relentlessly pursuing him for petty scandals before finally initiating the second impeachment in history for his idiotic lies about having an affair in the White House. A large majority of the American public believed the case was unwarranted and he survived. In retrospect, that impeachment once again worked in the Republicans' favor, by trivializing the process and turning it into a crude partisan weapon that anyone with integrity would hesitate to deploy in the future.

At any rate, that has been the effect anyway. When the Democrats won back the House in 2006 under George W. Bush, there was a strong clamor for impeachment hearings, which was immediately shot down by the leadership. Bush was coming to the end of his second term; the thinking was that he would be gone soon in any case so there was no point. And as I mentioned earlier, Obama also didn't push for accountability over the war, the Bush-era torture program or the financial crisis He didn't pardon anyone but he might as well have.

Donald Trump is the natural consequence of this lack of accountability, mainly because the Republican Party learned four decades ago that there was little price to pay for pushing the boundaries. So they see no real downside to defending their president no matter how odious and unfit he is.

I hate to say it, but the Democrats have been accomplices. Throughout this anything-goes evolution in our political culture, they have played their own brand of politics. They accuse the Republicans of being craven and unethical for enabling Donald Trump, yet when faced with scathing bill of indictment in Robert Mueller's report, they are openly calculating whether doing their duty will work to their advantage or not. They have become partners in this scheme that allows the Republicans to sink to ever greater depredations, and always seem to find a reason not to stop them.

We have reached a turning point in this ongoing crisis. If someone as obvious and inept as Trump can get away with all this, imagine what a competent authoritarian demagogue could do. Allowing Trump to just ride out his term and perhaps even win another one -- which is entirely conceivable, I'm sorry to say -- could be catastrophic. If Democrats refuse to take the risk of changing this dynamic once and for all, someone much smarter and stronger than Donald Trump is going to come along, very soon, and take advantage of the destruction of our political culture to fundamentally change our democracy in ways we will not be able to fix. At some point there will be no way to "right the ship" anymore. It will be sunk.

If Democrats don't take a stand this time, it's very likely they won't get another chance.