Donald Trump Jr may not have been indicted because he lacked the ‘mental capacity’ to commit crime: Ex-CIA official 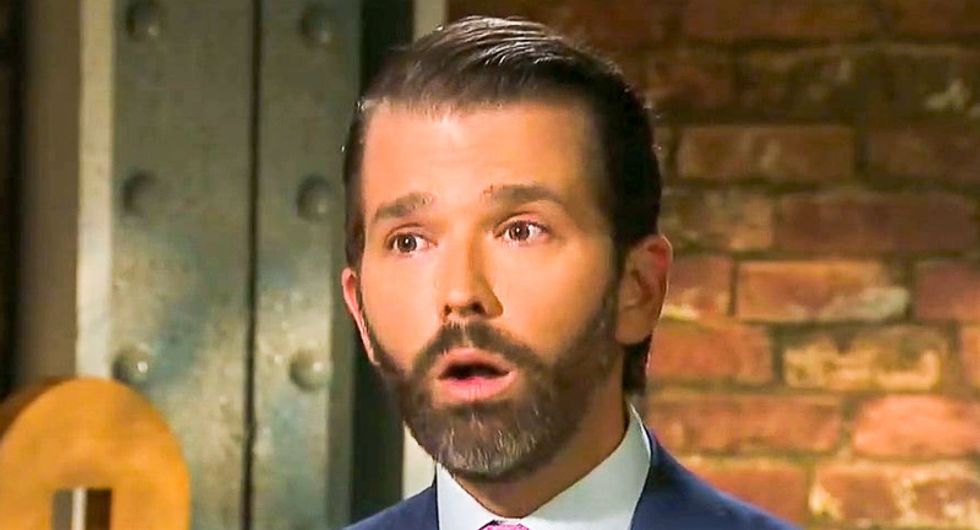 President Donald Trump's namesake son may have avoided federal charges due to his lack of understanding politics, a guest on MSNBC explained Wednesday.

Jeremy Bash was interviewed by "Deadline: White House" anchor Nicolle Wallace. Bash served as chief of staff at the CIA and Pentagon. He also served as chief counsel for Democrats on the House Intelligence Committee.

Bash explained how he thought Americans should process special counsel Robert Mueller's report on Russian collusion and obstruction of justice.

Bash then laid out a fascinating theory as to why Donald Trump, Jr. may not have been charged for conspiracy for his role in the infamous Trump Tower meeting with Russian operatives.