Ex-DOJ spokesperson crushes Rosenstein after admission he told Trump he was on 'his team': 'He's weak -- always been weak' 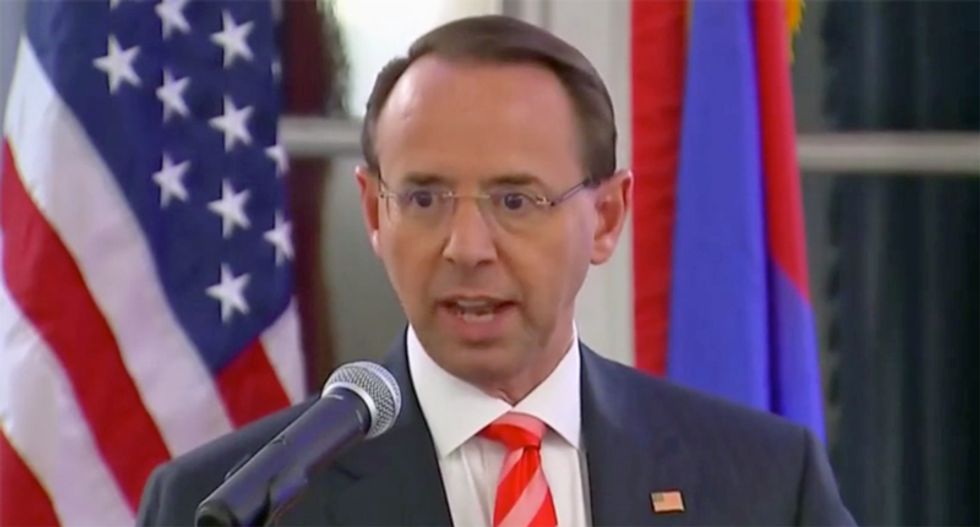 As questions grow about the impartiality of Deputy Attorney General Rod Rosenstein, a former chief spokesperson for the Department of Justice explained that Rosenstein's mistakes stem from weakness.

"But this reporting in The Washington Post that describes a conversation that he had with the president when, as I said before, his back was against the wall, thought he would be fired. If you take that again and hold it up with the way it ended, with Rosenstein and [Bill] Barr being the two men who decided -- after Robert Mueller wouldn't or couldn't -- that the obstruction case didn't amount to criminal conduct, it certainly makes this reporting from Matt [Zapotosky] and his colleagues all the more intriguing."

"It is a deeply disturbing report because what it shows is unethical conduct by the Deputy Attorney General," Miller replied.

"I think most people have gotten it wrong. The way to understand Rod is he's weak -- has always been weak," Miller argued.

"And he was weak when he signed onto Bill Barr's dishonest press conference and letter about the end of the investigation," Miller noted. "He didn't have to do any of those things.