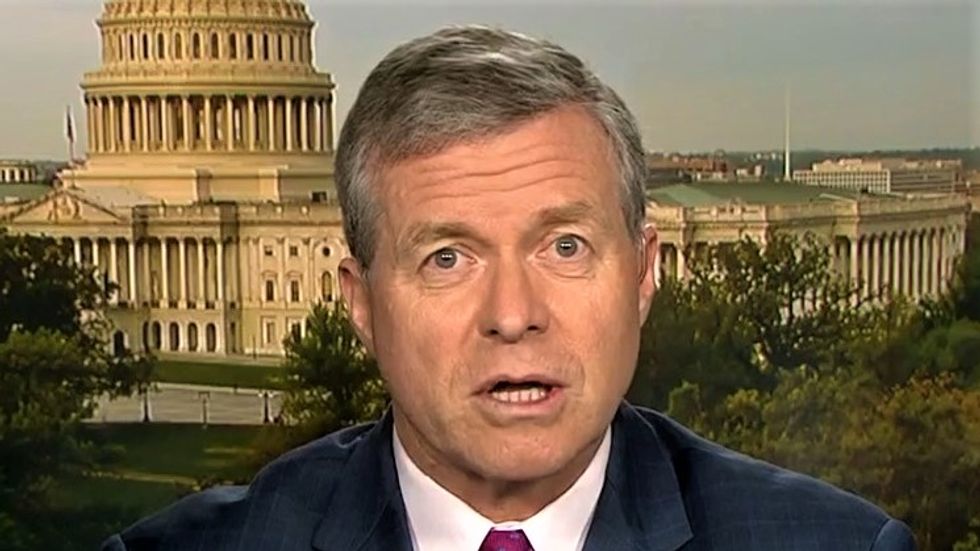 Former Rep. Charlie Dent (R-PA) on Wednesday admitted that he was stunned by reports that fired Department of Homeland Security Secretary Kirstjen Nielsen was discouraged from discussing her work to prevent Russia from meddling in the 2020 presidential election.

According to the report, White House chief of staff Mick Mulvaney warned Nielsen that she shouldn't have a cabinet-level meeting about ways to combat Russian efforts to influence the 2020 election out of fear of angering President Donald Trump.

Reacting to this, Dent slammed the White House for letting Trump's pride get in the way of a vital national security issue.

"It's simply incomprehensible to me the chief of staff would keep this information away from the president!" he said. "If election interference from a hostile foreign power doesn't warrant the attention of the president, I don't know what does!"

Dent then argued that Trump seems to be inviting Russia to help him again by not taking a more forceful stand against their actions during the 2016 election.

"I am flummoxed as to why the administration would want to minimize Russian interference," he said. "The president should be talking about preventing this and sending a signal to the Russians that there would be retribution and retaliation."