Ex-White House counsel Don McGahn can 'do more to puncture Trump’s web of lies' than anyone else: conservative commentator 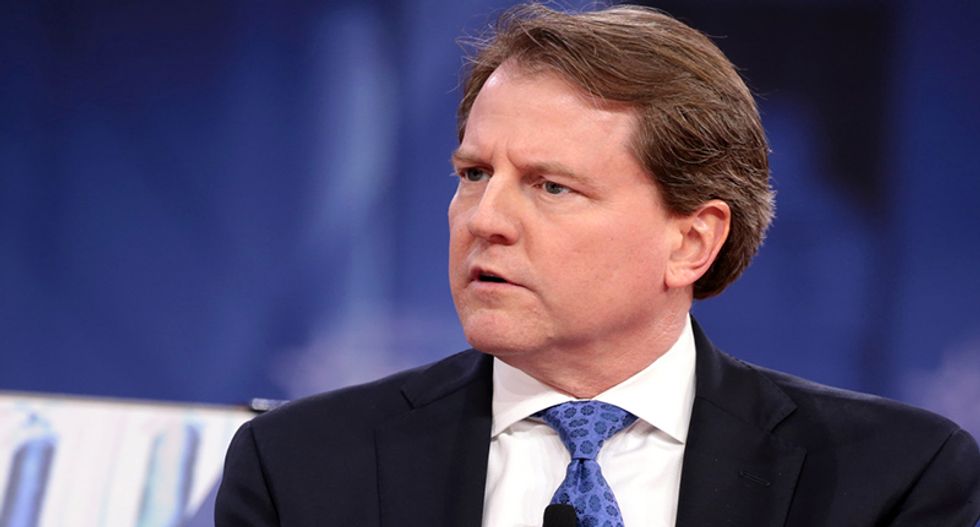 A conservative Washington Post columnist berated President Donald Trump's for lying about his aides following his orders — and pointed out which official's testimony against him could be the most damaging of all.

It's "balderdash," the Post's Jennifer Rubin wrote Tuesday, that Trump claimed on Twitter that "nobody disobeys [his] orders."

She then pointed out a list of times Trump aides disobeyed him compiled by the newspaper on Monday which ran the gamut from refusing to ask someone to be attorney general to taking papers off the president's desk to prevent bad trade deals.

Rubin noted that former White House counsel Don McGahn's disobedience might be the most significant of them all.

He's also been called by the House Judiciary Committee to both provide documents to the panel and testify before it in May.

McGahn's "testimony will help shed further light on the President’s attacks on the rule of law," House Judiciary Chairman Jerrold Nadler (D-NY) said in a statement, "and his attempts to cover up those actions by lying to the American people and requesting others do the same.”

After noting that Mueller did not exonerate Trump of obstruction of justice and that the panel's hearings will fulfill Congress' "a constitutional obligation to hold the President accountable," Rubin outlined the former White House counsel's role in that process.

"McGahn, next to Mueller, may do more to puncture Trump’s web of lies than any witness," she concluded. "Trump has reason to panic that his bogus narrative is about to explode."