‘This is exactly how we felt’: Ex-Watergate prosecutor can relate to why Mueller team leaked to the press on AG Barr 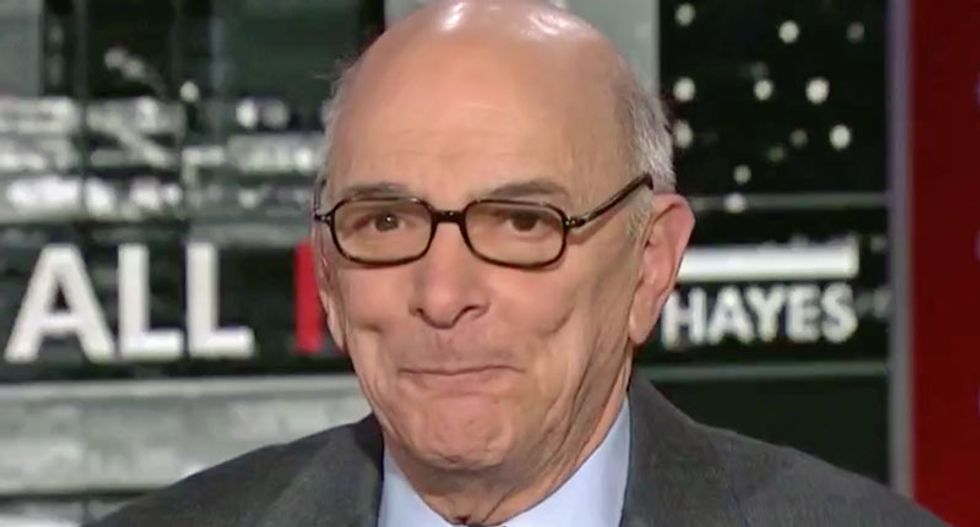 Former Watergate prosecutor Nick Akerman explained why he can relate to why members of special counsel Robert Mueller's team reportedly leaked to The New York Times.

The bombshell Times report revealed that some members of special counsel's team believe Attorney General Bill Barr misled the American people with his four-page summary of the Mueller report.

Akerman was interviewed by MSNBC's Chris Hayes on Wednesday.

"First time we heard anything from anyone on the Mueller team," Hayes noted.

"That's right and I can identify with this," Akerman replied.

He recounted the "Saturday Night Massacre" which occurred in October of 1973 when the Attorney General and Deputy Attorney General resigned rather than follow President Richard Nixon's orders to fire independent special prosecutor Archibald Cox.

"This is exactly how we felt the night Cox was fired and we walked out," Akerman said. "I walked out with papers underneath my clothing, figuring that if this was going to be the end of the investigation, that I would be talking to the press -- which I never did during the entire time I was involved in that prosecution."

Akerman explained how the leak would increase the pressure on Barr to quickly release the full report.

"Do you view the existence of this as functionally a warning to Barr?" Hayes asked.

"I think so," Akerman replied. "I think it's going to come out -- look at how many people were involved with this investigation that know what the truth is."

"Sooner or later, that entire report is going to come out, a judge is going to order it," Akerman predicted.