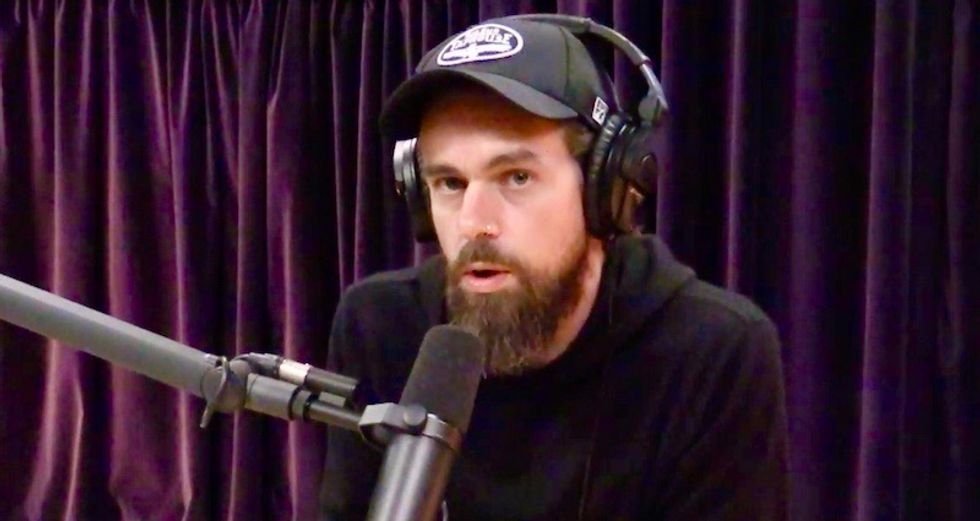 President Donald Trump kicked off Tuesday with an unusually early tweetstorm, blasting and berating a wide variety of targets, including MSNBC's "Angry Dumb and Sick" "Morning Psycho," known to everyone else in America as "Morning Joe" Scarborough. He also set his sights on "The Radical Left Democrats, together with their leaders in the Fake News Media," and "the Enemy of the People!" better known as The New York Times.

There were also two somewhat irregular tweets, somewhat threatening in nature, and totally false, about Twitter itself:

But now we learn that President Trump today met with Twitter CEO Jack Dorsey. Presumably the meeting, which does not appear on the President's Daily Schedule, was pre-arranged, as Twitter HQ is in San Francisco.

"Twitter CEO Jack Dorsey, along with other Twitter executives, is having a closed-door meeting with President Donald Trump on Tuesday, according to an internal Twitter email obtained by Motherboard from two independent sources. The meeting comes after an invitation from the White House, the email adds," according to Vice News' Motherboard website.

As far as Trump's and conservatives' false claims of anti-GOP discrimination, Motherboard notes that "Twitter has faced criticism about a perceived bias against conservatives that the company and experts who study social media say is unfounded."

"This month, Republicans questioned Twitter over concerns the platform is censoring conversative speech. Twitter has also faced criticism over its handling of Trump’s own Twitter account, which he uses often to attack political opponents. His tweets have, at times, broken Twitter’s rules, leading some to call for the company to ban or suspend his account."