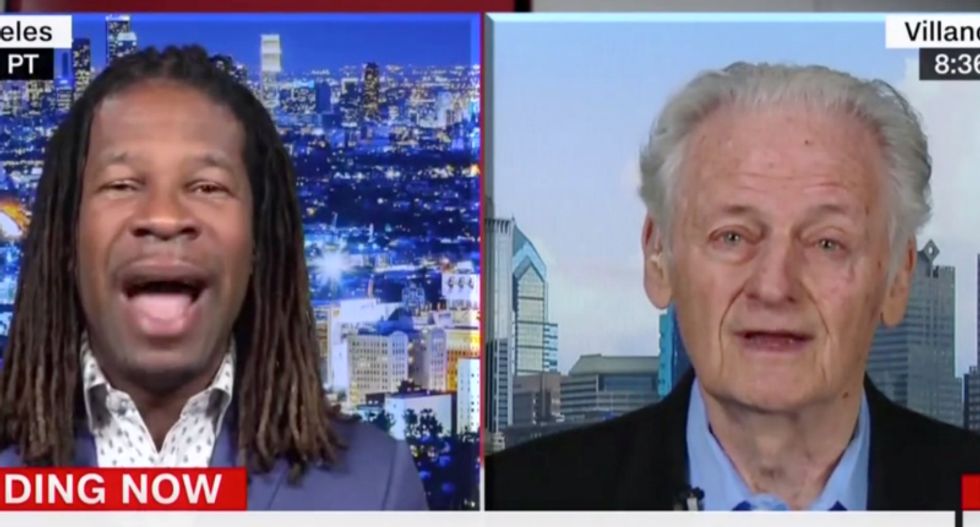 Former vice president of the Philadelphia Flyers, Louis Scheinfeld, complained Tuesday on CNN that white people can't do anything without being called racist. The incident took place during a discussion of "God Bless America" singer Kate Smith, whose interpretation of the song has been stricken from baseball and hockey games due to the recent discovery of racist songs that Smith also recorded.

"I'm not going to say whether or not she was a loving person, or whether or not she was someone who believed in celebrating all people," said LZ Granderson, sports columnist for the Los Angeles Times, responding to a statement by Smith's survivors that she wasn't a racist. "I will simply say that her record is her record, and she opted to record those songs. She opted to perform in blackface. And so I'm sorry that they feel that somehow she's been wronged, but she's the one that did those things."

"Oh, yes, they did in fact," shot back Scheinfeld. "In the Mummer's Parade this past year a black man did blackface and he was criticized for it."

In fact, it was widely reported at the time that the man in question was not wearing blackface, but Scheinfeld was undeterred.

"We can't do anything anymore without being criticized as being racist," he complained. "Are we all racist?"

"Black people were forced to perform in blackface," Granderson responded. "Society forced black people to do blackface, or you couldn't perform things and you couldn't eat. So yeah, those were the choices handed to us."

"Just because we're at a different place, doesn't mean we don't have the opportunities to go back and correct some of those transgressions," he went on. "Or at least not celebrate the people who were epicenters of racist behavior back in the day."