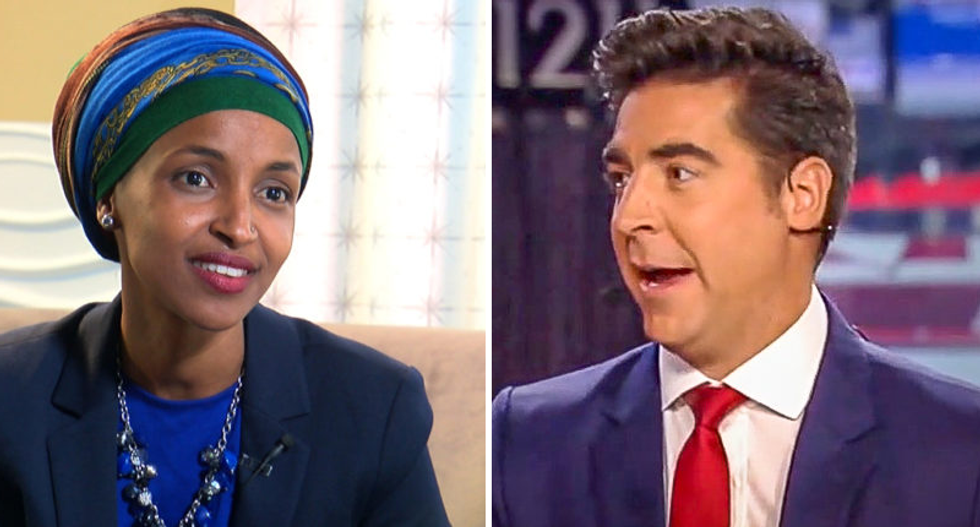 Rep. Ilhan Omar (D-MN) has become a huge target for right-wingers, as a Muslim woman of color who is critical of Israel and traditional U.S. international relationships. In recent days, she has even received death threats.

Despite this, Fox News and other conservative media outlets are happily fanning the flames, latching onto her recent use of the phrase "some people" who "did something" to describe the 9/11 hijackers while explaining that most people of her faith do not support violence.

The latest Fox personality to do so is Jesse Watters, who went so far as to claim Omar is just bringing this on herself for the sake of being a victim.

"She doesn't know how to read the room," said Watters. "She is in Congress now. She is not back in her district in Minnesota with her radical friends."

"What she does is, this is her M.O., she says dumb and controversial things, she gets called out for it, and then she plays the victim and plays the race card," said Watters. "And it's not a clever act, and it's getting tired. And you know who's probably the most tired of it? Nancy Pelosi."