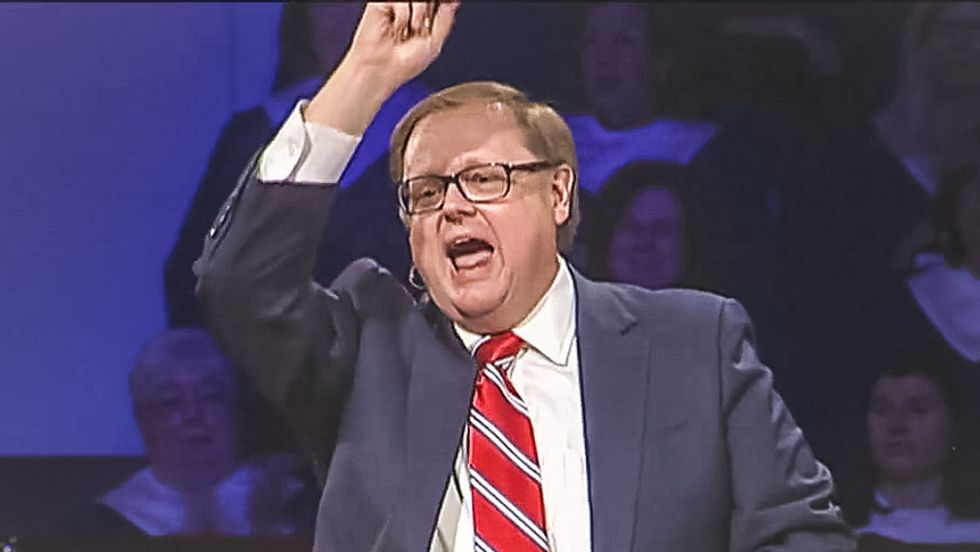 Fox Nation host Todd Starnes warned this week that boys in North Carolina could start wearing skirts to school if girls are allowed to wear pants.

On his Wednesday Starnes Country program, the Fox Nation host noted that federal judge recently ruled that a charter school in Leland, North Carolina could not force girls to wear skirts.

Starnes argued that girls could learn "chivalry" by wearing skirts.

"They claimed the dress code amounted to sex discrimination," Starnes explained. "Here's what I want to know. If the girls get to wear pants, does that mean that the little boy get to wear skirts?"

"I mean, fair is fair," the Fox Nation host said with a loud sigh.