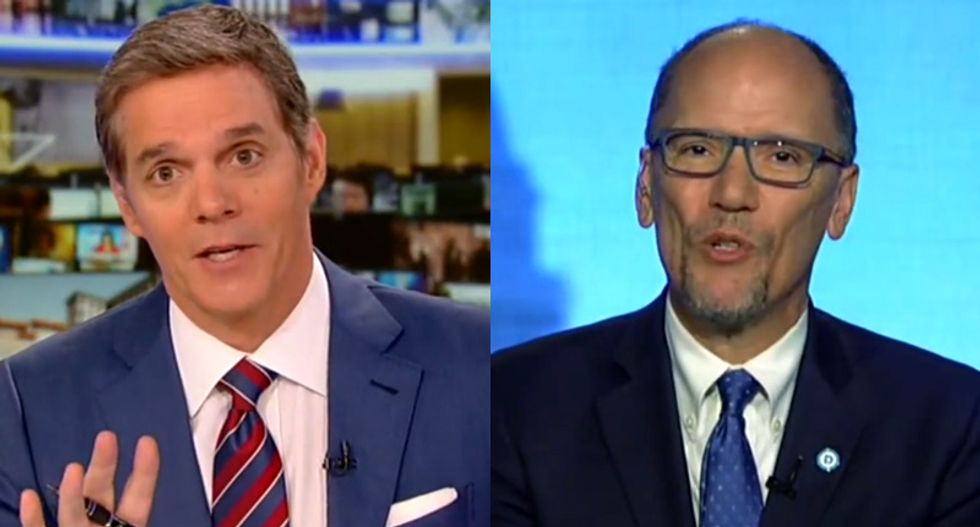 Tom Perez, the chairperson of the Democratic National Committee, appeared Monday on Fox News and rebuked the conservative cable network.

In an interview with anchor Bill Hemmer, the chairman was asked if he would reconsider barring Fox News from broadcasting Democratic 2020 presidential primary debates.

"Here is why we won't do that," Perez replied. "Because I don't have faith in your leadership at Fox News at the senior levels. I have great respect for Bret [Baier] and Chris [Wallace] and you. But ... above your pay grade they don't trust your own listeners and feel like they have to put the thumb on the scale."

"Tom, who are you referring to?" Hemmer interrupted.

"The senior leadership of Fox News," Perez said, "who has -- they have pierced that line between editorial and your Sean Hannity shows. If they want to do that, that's fine. When you are on the news division."

"You know there is a line between what we do at 9:00 and what happens in the prime time. It's like reading a newspaper, Tom. And it has been the same way for a long time. I really hope you come back. I really hope you reconsider," Hemmer insisted.

"I hope you have a good conversation with the people at the top," Perez replied.