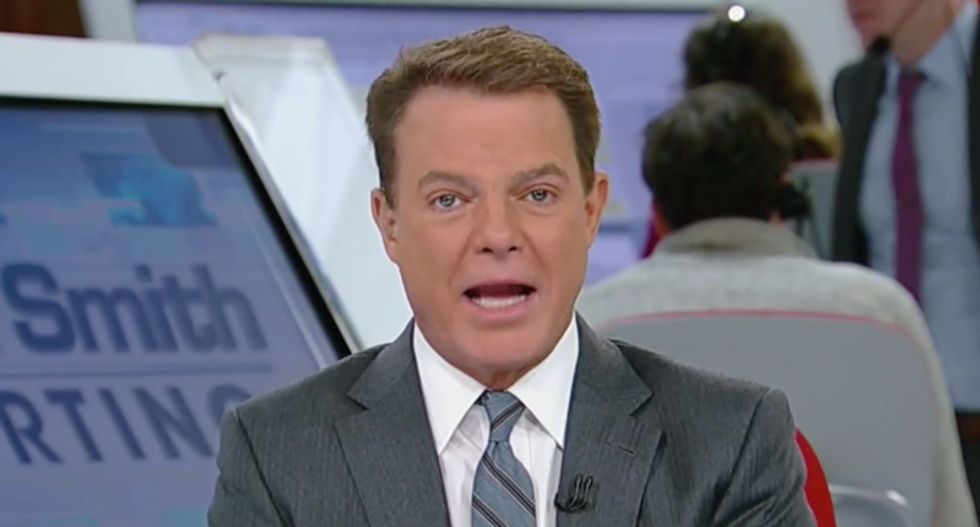 Fox News host Shepherd Smith on Monday utterly destroyed President Donald Trump's entire immigration policy, saying his threats to cut aid to Central America, close the border, and build a wall between the U.S. and Mexico were no solution, and calling instead for comprehensive immigration reform.

"Critics say stopping the aid would make things worse back home in Central America and those countries, and create more movement north," Smith said, reminding viewers that the vast majority of migrants were fleeing violence and poverty. "Closing the border doesn't stop them."

"Even opponents admit it might be a scare tactic for the Mexicans," he added. "But closing the border would stop legal movement and jobs and trade and tourism."

Closing the border wouldn't stem the tide of asylum seekers either, who only "need two feet on American soil to apply," Smith went on. "But because the U.S. is so backlogged and obviously under-resourced, it can take years, and as we're no seeing so clearly, we're not equipped to house them."

"And before you say 'build the wall,' experts remind that alone would not work, because for hundreds of miles, especially along the Rio Grande, any wall would be required well inside the American border," Smith added. "Asylum seekers would be on the U.S. soil long before reaching any proposed wall."

"So what's the real solution?" he asked. "Comprehensive immigration reform is required. But under current political conditions, both sides admit that's not happening."