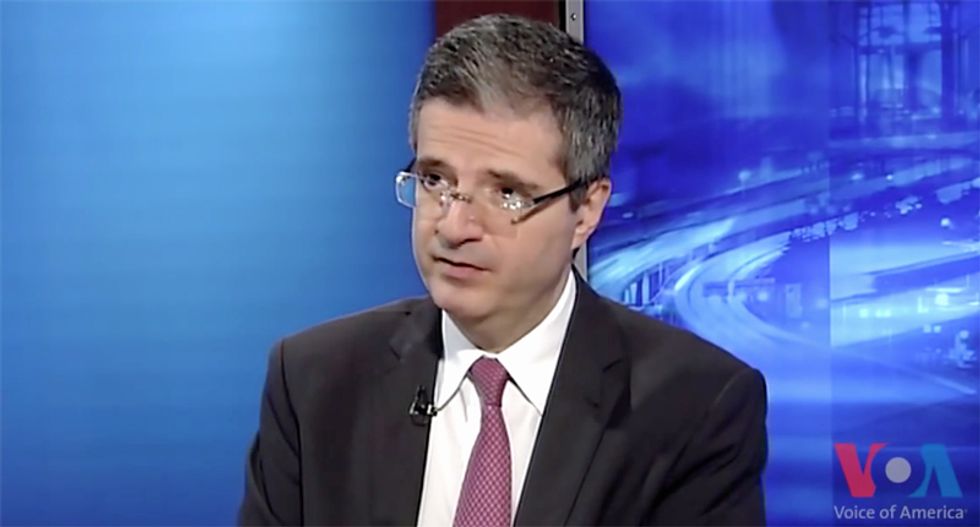 CNN's Jake Tapper interviewed Araud after Donald Trump had added his insight on the situation.

"So horrible to watch the massive fire at Notre Dame Cathedral in Paris," Trump tweeted. "Perhaps flying water tankers could be used to put it out."

"Must act quickly!" he added, as if he were the first to have the thought.

Araud addressed the idea while on CNN.

"The fire is at 100 feet, and as was explained, it's not possible to use water tankers, which could only worsen the situation of the building," Araud explained.

The French General Directorate of Civil Security and Crisis Management agreed, which they explained in a rare English tweet, seemly aimed directly at President Trump.

Hundreds of firemen of the Paris Fire Brigade are doing everything they can to bring the terrible #NotreDame fire u… https://t.co/xxqVaExtiB
— Sécurité Civile (@Sécurité Civile) 1555357125.0