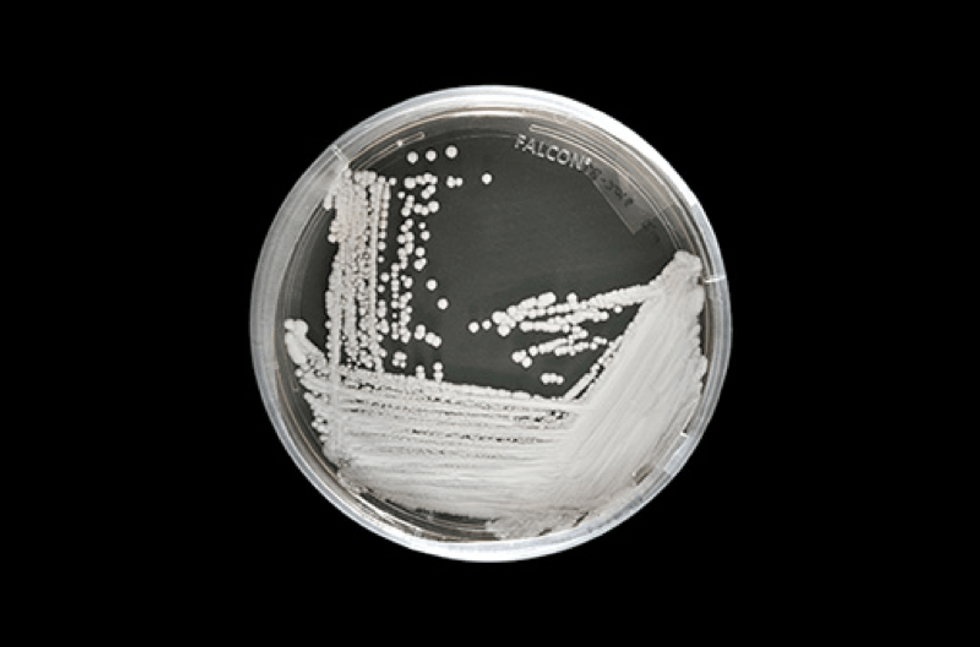 Candida auris in a petri dish at the CDC. (Wikimedia)

The rise in antibiotics and antifungals has come with a price: a rise in harmful bacteria and fungi that has become resistant to these antimicrobial drugs. Drug-resistant infections, known as superbugs, have come into the spotlight this week after a report in the New York Times chronicled the escalation of a drug-resistant fungus called Candida auris around the world, and how hospitals have managed to keep it quiet — until now.

Candida auris, according to the The Centers for Disease Control and Prevention (CDC), typically, is more likely to infect those who already have weakened immune systems, such as those who are already hospitalized or have an autoimmune disease. When it gets into the bloodstream it can be life-threatening. More than 90 percent of C. auris infections are resistant to at least one major anti-fungal drugs, while 30 percent are resistant to two or more. To date, the CDC says there have been 587 confirmed cases in the United States.

The report mentions one case from last May when an elderly man was admitted to the Brooklyn offshoot of Mount Sinai Hospital for abdominal surgery in New York City. A blood test detected the germ, and he died after 90 days in the hospital, but the germ survived. It was reported everywhere in his room and the hospital needed special equipment to get rid of it. Some of the ceiling and floor tiles had to be ripped out. Recently the CDC has categorized it as an “urgent threat” since it was reached New York, New Jersey and Illinois. Candida auris has also infected a neonatal unit in Venezuela, a hospital in Spain, and a British medical center’s intensive care unit.

Jeniel Nett, MD, PhD, and Assistant Professor in the Departments of Medicine and Medical Microbiology & Immunology at the  University of Wisconsin School of Medicine, tells Salon Candida auris has emerged as a public health threat for many reasons.

“First, it is readily transmitted in the hospital setting between patients,” Nett said. “As special precautions are needed to prevent the spread of this pathogen, prompt identification is essential.”

Nett said that not all standard laboratory diagnostic methods are designed to accurately detect Candida auris relatively new species. A delay in a diagnosis can lead to a spread within hospitals.

“Second, Candida auris exhibits resistance to many of the commonly used drug therapies, which complicates treatment of these infections,” she said. “In some outbreaks, reported mortality has approached 60 percent.”

Many of these patients had other serious illnesses which likely contributed to the deaths, she said.

The New York Times report explains that even though cases have been detected since 2009, some hospitals have made an intentional effort not to publicize the information to the public. Oliver Wilkinson, a spokesman for the Royal Brompton Hospital, a hospital where C. auris had spread in 2015, said “there was no need to put out a news release during the outbreak.”

“They obviously didn’t want to lose reputation,” Dr. Schelenz said in the report. “It hadn’t impacted our surgical outcomes.”

The CDC has an ongoing case count, but only identifies cases in each state. Nett said that the CDC does not necessarily have to release more information than that.

“I think the most important aspect for control of Candida auris is that outbreaks are reported to the CDC and that the healthcare centers have up-to-date information to treat patients and contain outbreaks,” she said. “I don’t know that releasing information for specific centers would be necessary to accomplish that goal.”

“It will be important to understand how these technologies can be applied to the control of Candida auris,” she said. “It is also critical that healthcare systems are optimized to prevent the spread of Candida auris.”