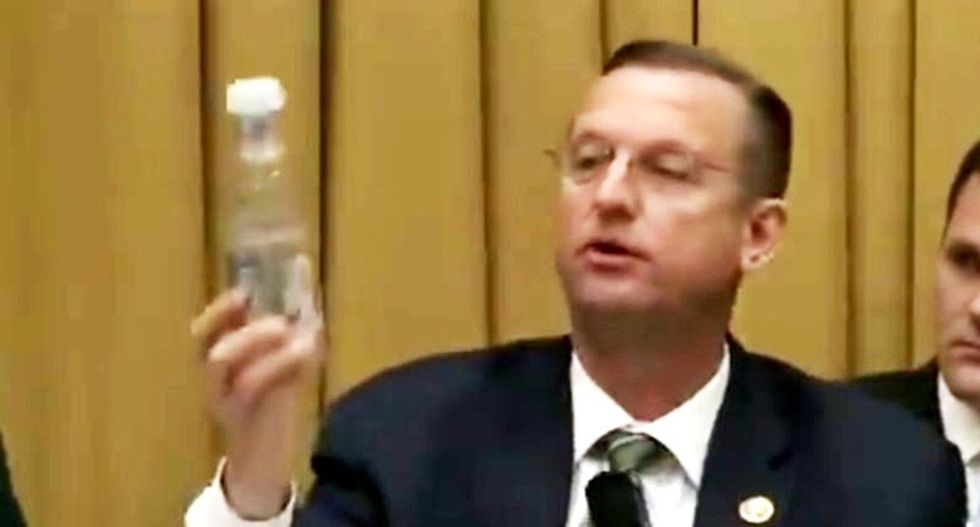 And by way of an extremely confusing analogy with Democrats' skepticism of the release of the Ken Starr report on Bill Clinton, Collins held up a pair of water bottles.

"It doesn't work!" Collins exclaimed. "You can't say the Starr report, or even going back to impeachment, which we'll get to in a minute, and then come along and say Mueller is full too! Is this the same? They're not the same."

@atrupar The Rs on committee will be putting on quite a show today to protect their traitor https://t.co/vVEWUGcvSV
— Deborah Lee (@Deborah Lee)1554298587.0