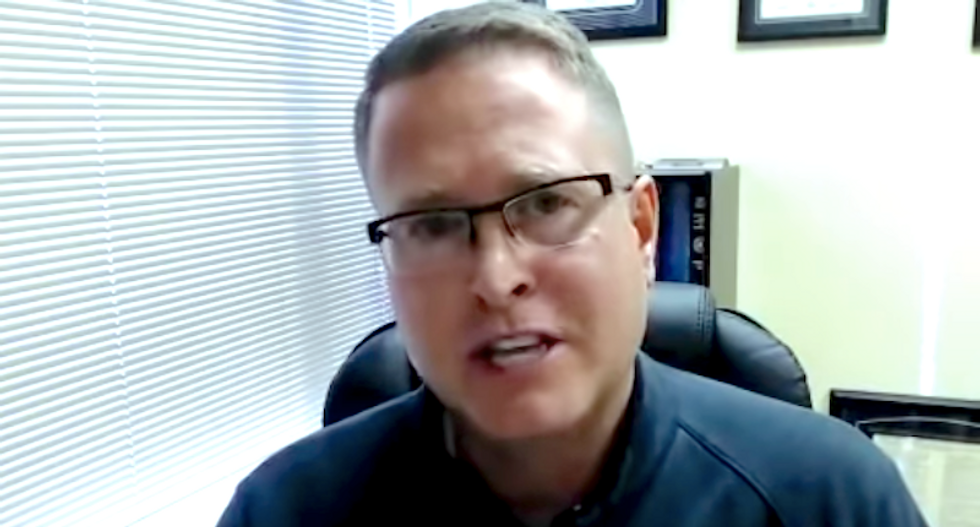 Chat logs show they openly relished the possibility of a civil war. When one supposed uprising failed to materialize, Shea blamed it on the weather, saying "Nothing ruins a good communist revolution like snow. Snowflakes afraid of snowflakes."

The group described in gruesome detail what they wanted to do to their perceived political enemies. "Shave her bald with a K-Bar USMC field knife," said Robertson of one Spokane woman. "Would make good attachment points for hoisting communists up flag poles. Especially the ones with nipple rings. But... if you cinch up zip ties enough, you don't even NEED nipple rings for hoisting." Shea, for his part, offered and asked for background checks on several activists in Spokane.

Last year, Shea drew attention for circulating a manifesto entitled "Biblical Basis for War," instructing believers to "kill all males" who refuse to submit to God's law. Shea has said that these words were taken out of context, and blamed criticism of his beliefs on a "Maoist insurgency" and a "counter state" of "Marxists" and "Islamists".