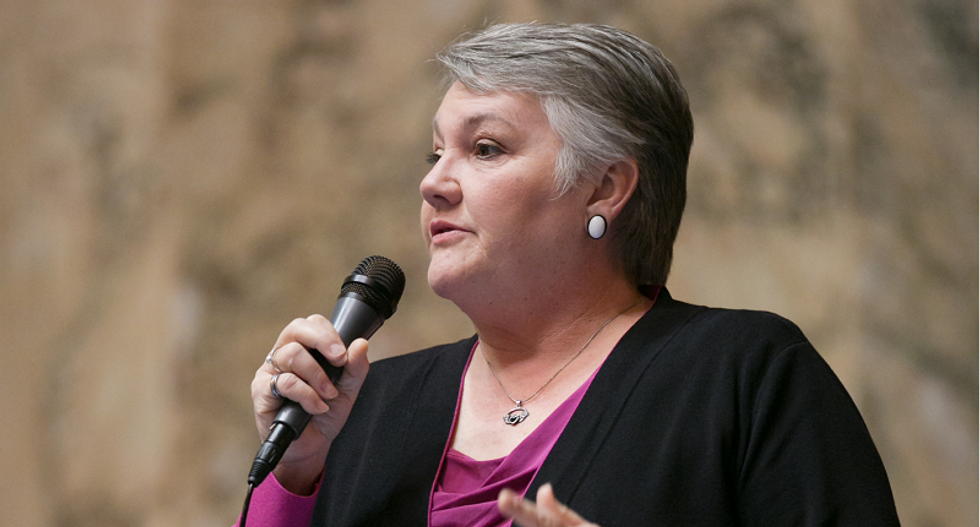 A GOP state lawmaker in Washington is being sharply condemned for implying that nurses in rural hospitals don't need new labor protections because they probably just sit around and "play cards."

State Sen. Maureen Walsh made the comments at the debate of a bill to give mandatory rest breaks to nurses. Her proposed amendment would exempt small hospitals with 25 or fewer beds from the new rules, and offered as an explanation that she doesn't think nurses in these hospitals work as hard as nurses in larger facilities.

"I'm in an underserved area," she said, "and all we're doing is making it more difficult to be served. I understand helping with employees and making sure that we have rest breaks and things like that, but I also understand that we need to care for patients, first and foremost."

"And by putting these types of mandates on a critical access hospital that literally serves a handful of individuals — I would submit to you that those nurses probably do get breaks. They probably play cards for a considerable amount of the day," she continued.

The Washington State Nurses Association expressed outrage at the comments. "No, senator, nurses are not sitting around playing cards," said the association in a statement. "They are taking care of your neighbors, your family, your community." They added that the remarks were "disrespectful and patronizing," and that "there is zero logic behind an amendment to the rest breaks bill that would cover nurses and patients in some hospitals, while leaving others without any protections."

Walsh's amendment was ultimately adopted and passed by the full state Senate. The state House previously passed a similar bill without the amendment.