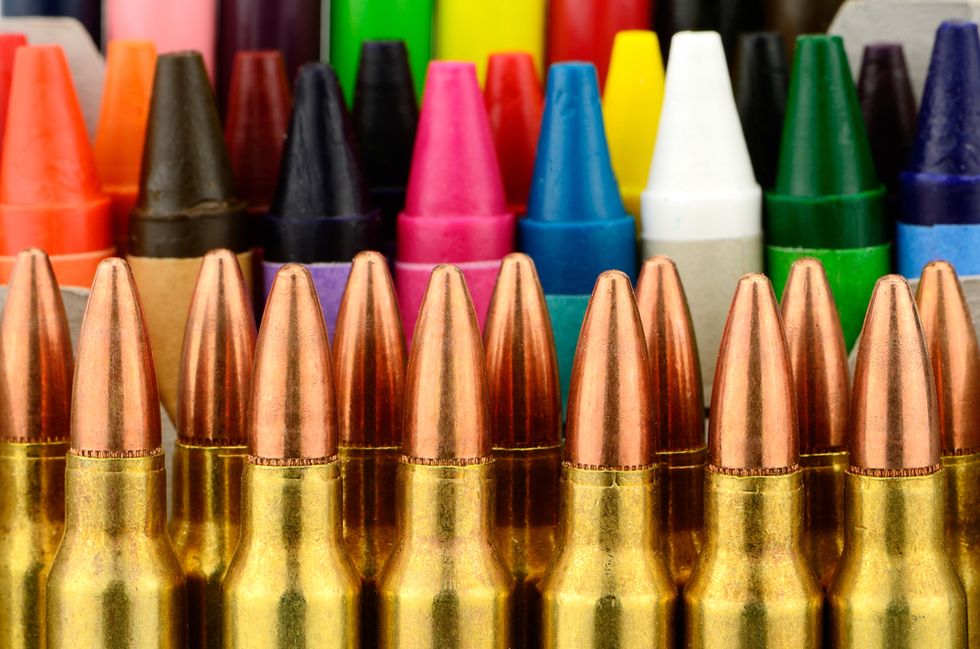 A 22-year-old man was fired as a substitute teacher after ammo fell out of his pocket while he was inside a preschool classroom, according to Boston 25 News.

The incident occurred at Elmwood Street School in Massachusetts last week, when 9mm bullets spilled out onto the floor.

Another teacher reported it to the principal's office.

“There were no charges for a live ammunition on school property, had he had a firearm with him then that would have been a violation. To the best of our knowledge, he did not have a firearm, it was strictly ammunition,” explained Millbury Police Chief Donald Desorcy.

The man, who has not been identified, told police that he had been shooting the day before, and wore the same from clothes from the outing to school.

The man could now face charges because police found improperly secured firearms at his home. Six handguns and a total of 12 shotguns and rifles were seized from his home.