Hannity pondering bailing on Fox News because he no longer feels the network is loyal to Trump: report 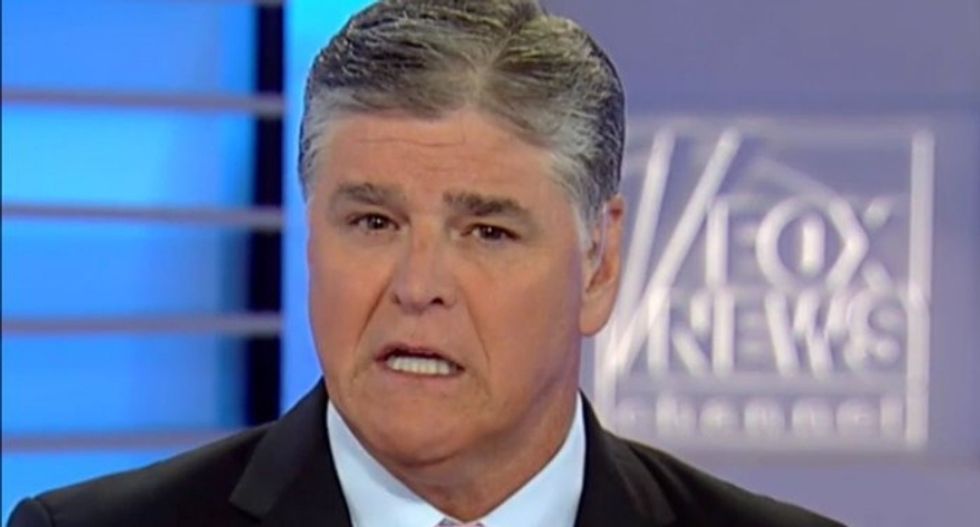 A new Vanity Fair analysis behind the scenes of Fox News reveals an interesting new piece of information: longtime Fox megastar conservative commentator Sean Hannity has told friends that he plans to leave the network after his current contract expires in 2021.

According to sources, Hannity is angry at the Murdochs, the powerful conservative family that owns the network, believing they are insufficiently loyal to President Donald Trump and secretly out to get him. He has been angry ever since the network ousted former Fox CEO Roger Ailes, who was accused of sexual harassment by multiple employees, and co-president Bill Shine, who served a brief stint in the White House after his departure.

"Sean doesn't feel supported," one Fox news staffersaid. “He has no relationship with Lachlan [Murdoch]. Sean thinks, Wait a second, I was hired to get ratings and I get ratings, but now people are embarrassed about me? He feels Fox spends a lot of time supporting Shepard Smith but his show makes no money. That's annoying to him."

Another source claimed that Hannity even "told Trump last year that the Murdochs hate Trump, and Hannity is the only one holding Fox together."

Hannity's discontent underscores a growing problem for Fox News' owners: they are stuck between trying to please President Donald Trump and trying not to alienate mainstream corporate advertisers, who have increasingly denounced the most inflammatory rhetoric from personalities like Hannity, Laura Ingraham, and Tucker Carlson.