Herman Cain withdraws himself from consideration for Federal Reserve 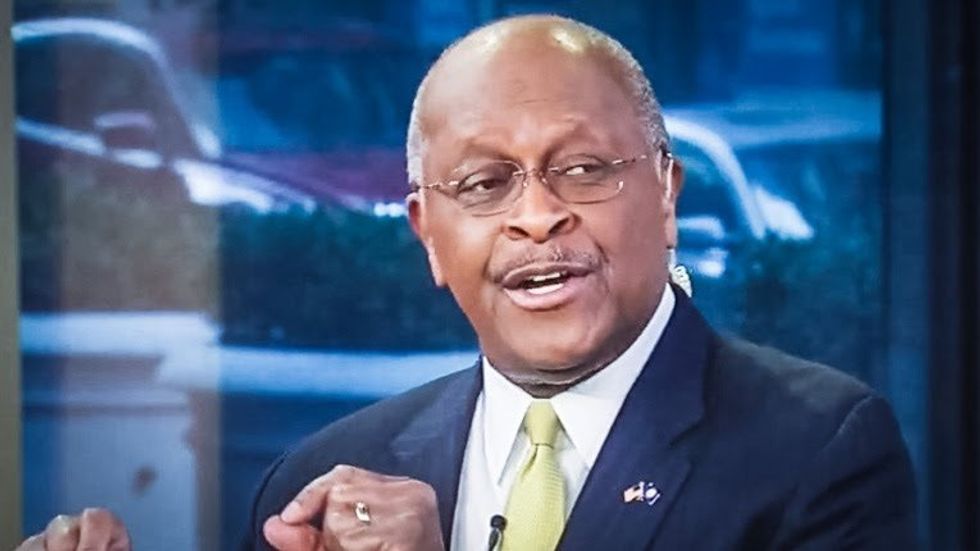 President Donald Trump has just announced that his "friend," Herman Cain, has asked to not be nominated to the Federal Reserve's Board of Governors.

Trump had stated he would be making the nomination, even in the face of Republicans hostile to the choice of the former Godfather's Pizza CEO who was forced to pull out of the 2012 GOP presidential race after being credibly accused by five women of sexual misconduct.

Cain was roundly mocked during the presidential race for his "9-9-9" tax "plan," which was essentially just a marketing gimmick.

The sexual misconduct allegations coupled with the facts he is not an economist nor has demonstrated any particular economic expertise that would make him an appropriate choice for the Fed clearly became too much, even for Trump to weather.

Still in the mix is Stephen Moore, who also is not an economist and reportedly owes about $75,000 in taxes. Moore, too, is considered toxic, but Trump is standing by him.