Inside the dark world of Mexico's intelligence services 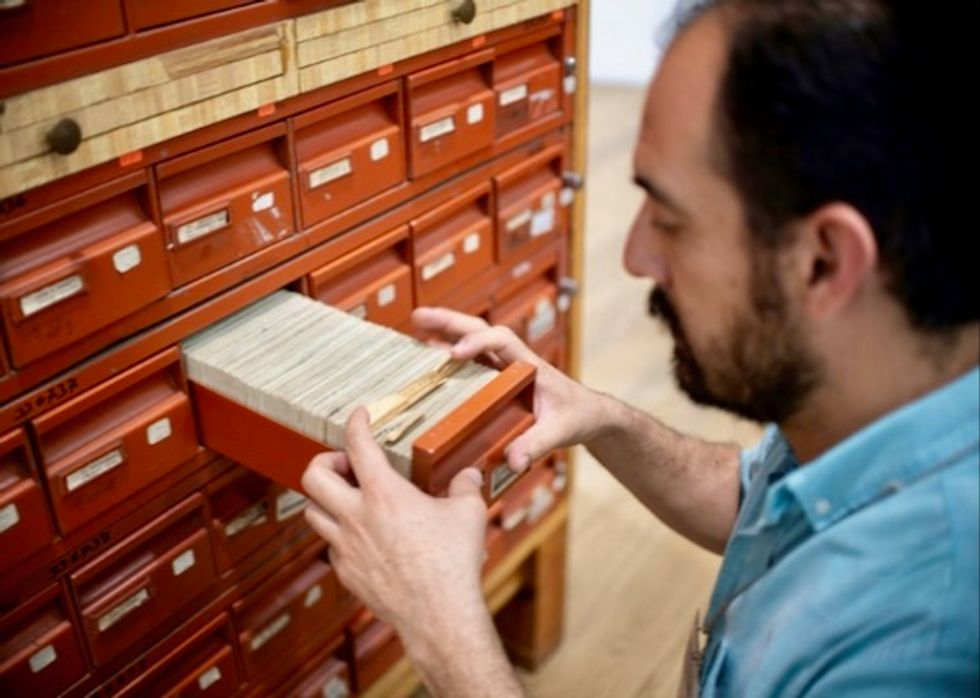 A historian works at the General Archive of the Nation, in Mexico City, on March 13, 2019, after the recent declassification of the archives of the Mexican intelligence service AFP / Pedro PARDO

Lee Harvey Oswald was here just before he shot John F. Kennedy. Fidel Castro and Che Guevara were, too, not long before the Cuban Revolution.

Mexico's intelligence services gathered material on all of them, and millions more.

Lopez Obrador, an anti-establishment leftist, apologized last month for past abuses committed by the intelligence services, saying: "We lived for decades under an authoritarian regime that limited freedom and persecuted social activists."

Calling to "strengthen our memory of history," he ordered the spy agencies to open their files -- 12 million in all.

Anyone will now be able to visit the former prison where the archives are housed and peruse any file -- though most of them are not available yet. Officials are redacting them to remove sensitive personal information, a process they say will take about four years.

The files -- a small number of which had already been released for other reasons -- reveal how Mexico spied on a huge range of figures, from comedians to presidents to the writer Gabriel Garcia Marquez and the painters Frida Kahlo and Diego Rivera.

Oswald has a 110-page file, declassified in 2016, chronicling his brief and bizarre visit to Mexico City in 1963, when he tried and failed to obtain Cuban and Soviet visas -- one of the most scrutinized chapters in the Kennedy assassination.

Castro's and Guevara's files, declassified in 2017, meanwhile show how Mexico tracked the young revolutionaries, and at one point arrested them -- but then mysteriously let them go.

AFP / Pedro PARDO The files -- a small number of which had already been released for other reasons -- reveal how Mexico spied on a huge range of figures, from comedians to presidents to the writer Gabriel Garcia Marquez and the painters Frida Kahlo and Diego Rivera

The opening of the intelligence files has shined a new spotlight on the tactics the Mexican state used to spy during the Cold War and the "dirty war," a brutal crackdown on leftist militants in the 1960s and 1970s.

Mexico was governed at the time by the Institutional Revolutionary Party (PRI), which ruled the country as a one-party state for 71 years. The president changed every six years, but the party kept an iron grip on power throughout -- a system the writer Mario Vargas Llosa once called "the perfect dictatorship."

Two veterans of the intelligence services told AFP about the tactics they used, speaking on condition of anonymity for security reasons and omitting any dates.

One, the "collector," was recruited as a young student.

A man he thought was a university administrator asked him to collaborate on a study by gathering information about student life. He did it so well the man then offered him a permanent job -- which is when he found out he was actually working for the intelligence agency.

He was furious at first. But ultimately, he took the offer.

He infiltrated the student scene by attending protests, concerts and football games. Friendly and mild-mannered, he passed easily as a student. In the days before cell phones, his tools were his memory and a notepad.

When a student or academic seemed to be an emerging leader, he started a file detailing his or her activities and personal life.

"Part of the profile was their vulnerabilities, their vices, their sexual preferences," he said.

"Those are the things you use to bring them down."

The information then went to the "softener:" an office with a one-way mirror where politicians, labor leaders and student activists were summoned for a meeting with an important government official.

The office contained a table with cookies, coffee... and a file.

"We would leave them there a while," the second agency veteran said in an interview.

"At some point, they would get up and serve themselves some cookies and coffee," he said.

"Eventually, they would give in to temptation and open the file. That's when you saw their faces change. And that's when the boss went in," to tell his prey what the "perfect dictatorship" wanted from them.

AFP / Pedro PARDO The opening of the intelligence files has shined a new spotlight on the tactics the Mexican state used to spy during the Cold War and the "dirty war," a brutal crackdown on leftist militants in the 1960s and 1970s

The official was matter-of-fact about his job.

"That's politics. That's the way it is in every country, all through history," he said.

He was critical of the government's moves to curb domestic espionage since the transition to multi-party democracy in 2000.

It is no coincidence, he argued, that the crime and violence plaguing Mexico today got worse around that time.

Spying "was a way to feel the vibe on the street, to know what was happening day to day and keep society under control," he said.

But espionage has not stopped in Mexico -- far from it.

In 2017, a scandal broke out when numerous journalists, activists and opposition leaders alleged the government had been using an invasive Israeli spyware called Pegasus to turn their cell phones into pocket spies.