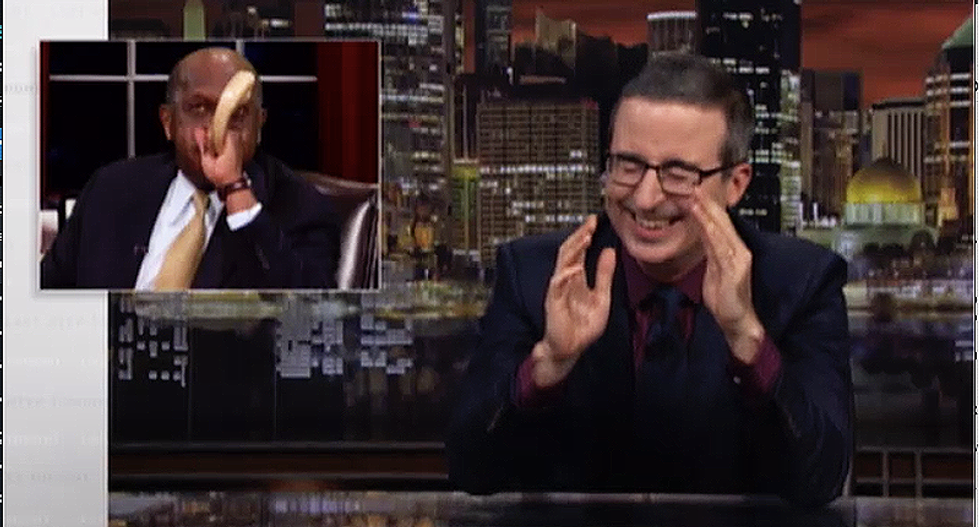 HBO host John Oliver explained that the last people who should have anything to do with the Federal Reserve are President Donald Trump's latest nominees.

The president announced in the last few weeks that Stephen Moore and Herman Cain would be his latest appointees to the Federal Reserve and the "Last Week Tonight" host had a litany of reasons are far too dumb to have anything to do with the economic stability of the United States.

Oliver began by citing a CNBC analyst who said that it's one thing to appoint his friends, donors or cronies to posts in his cabinet but selecting them to the Fed was too far.

"Now that is a pretty bold statement," Oliver said. "She's basically saying, go ahead and put Mr. Oops (Rick Perry) in charge of the Department of Energy, or a mint-condition CPR dummy (Jared Kushner) in charge of opioids and Middle East peace. By all means, hand the Commerce Department over to a man that looks like Jackson Pollock if he lived or Moby if he died. But the Fed, ya don't f*ck around with the Fed."

He noted that the balance of economic power in the United States is primarily due to the security and stability of the Fed. It's seen as a non-partisan, non-political, prudent economic body. But with Cain and Moore, that could all disappear.

According to Oliver, Cain has argued to return to the gold standard, which is virtually unheard of among respected economists. Moore is a tireless advocate of the policy he designed that "blew a hole in Kansas' budget." Worse, Moore once asked if the country really even needed the Federal Reserve.

But worse, the two men are merely an embarrassment to not only the Republican Party but the entire history of politics in the United States.

In an extensive interview with Cain for "The Daily Show with Jon Stewart," Oliver recalled that after Cain dropped out of the race, he was willing to do literally anything asked to do on television. The host showed a clip of the exchange in which Cain looked into the camera and said whatever Oliver asked him to say.

"If any part of you is thinking, 'How did I get him to do that stuff,' I just asked him!" Oliver exclaimed. "Once! He took orders from some birdy-twit with a pixie cut!"