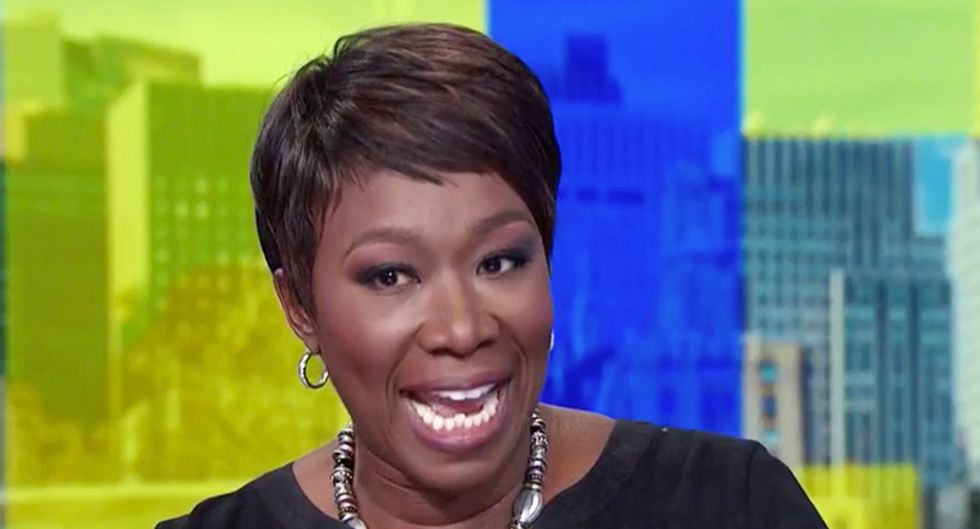 Sanders has been heavily scrutinized after special counsel Robert Mueller's report revealed that she lied to reporters and mislead the American people.

"Today was the annual Easter egg roll at the White House," Reid said. "A tradition going back 140 years, which means the South Lawn was filled with children. And all sorts of strange characters. Like these big eggs and Jeffrey the giraffe, the mascot of the now-defunct Toys 'R' Us. And Kellyanne Conway and Rod Rosenstein. A military band doing a dead-on James Brown cover song."

"The star of the show is the Easter bunny. In previous years, we know it was actually former press secretary Sean Spicer in the bunny suit, but he lost that job. Ah, poor Spicy," she joked.

"We don't think current press secretary Sarah Huckabee Sanders replaced him because the Easter bunny's mouth is open but it's not lying," she said. "Whoever it is, job No.1 one is to stand alongside the president of the United States as he addresses all the gathered children with his annual totally appropriate Easter message."

Watch below on MSNBC: