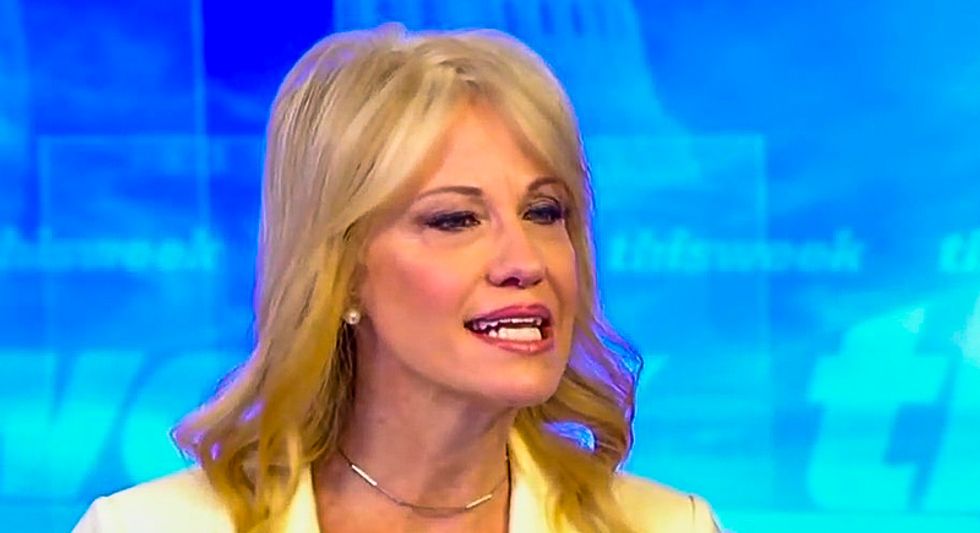 Kellyanne Conway, White House counselor to the president, insisted on Sunday that President Donald Trump "is not going to jail."

During an interview on ABC, Conway suggested that Trump would be going to prison if special counsel Robert Mueller concluded that he obstructed justice.

But ABC host Martha Raddatz pointed out that the Russia report specifically said that the president is not exonerated, meaning he could be charged after leaving office.

"They declined to indict," Conway said. "The president is not going to jail. He's staying in the White House for 5 1/2 more years. Why? Because they found no crime. No conspiracy."

"There was no reason for him to do that or not to do that for a very simple reason," Conway opined. "The central premise here is collusion. There isn't any."

"You think he this totally exonerates from him?" Raddatz pressed.

"Yes, I do," Conway replied. "The word exoneration was unnecessary in the Mueller report and I'd say inappropriate."

Conway, however, did not address the possibility that Trump could be charged after he vacates office.