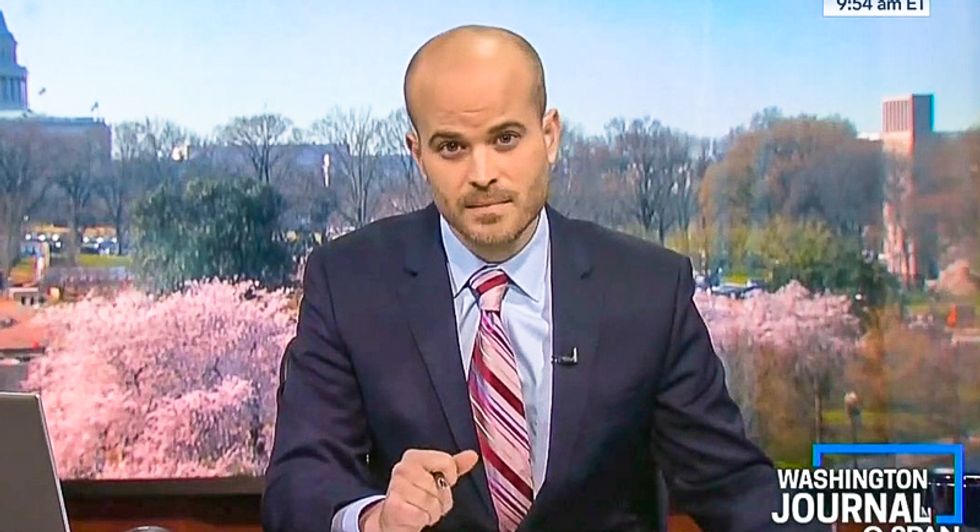 A Kentucky teacher told C-SPAN on Wednesday that she was concerned about students who speak foreign languages and wear cultural "garb."

A woman named J.B. calling in on C-SPAN's Republican line explained to host John McArdle that she was troubled by the non-English speakers in her school.

"Our schools are overwhelmed," J.B complained. "I am a teacher. It’s an invasion. I want to support Donald Trump, build the wall, and shut down the border."

"Do whatever is available to stop these illegal people coming in," she continued. "I was at a library the other day and they were speaking Spanish over the intercom and they were going to celebrate their hero, a Hugo Chavez? This was a library."

The teacher said that she feels like a "redheaded stepchild" because "no one is speaking English, no one respects our country or culture."

"What culture do you feel like has been lost in what’s been happening in the recent years?" the C-SPAN host asked.

"Are you talking about in my little part of Kentucky? My culture?" J.B. replied. "These people are in our schools. We have one school with seven interpreters. As a teacher, how do you deal with that. I see it in my classroom and it’s unbelievable."

She added: "I don’t mind people coming in, but they are all dressed from different countries, they all have their different garbs on. They all have their anchor babies, that’s another thing that’s very concerning. They come over here pregnant, they drop the child, the next thing you know that child becomes our responsibility and the bottom line is, we cannot host them."

With that remark, McArdle moved on to the next caller.