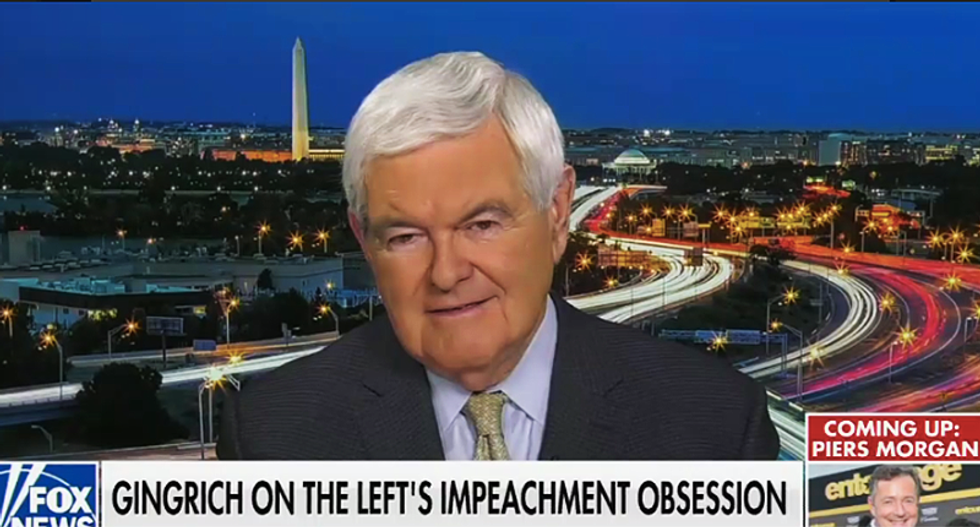 Amazingly enough, a super-massive black hole did not open up during an appearance by former Speaker Newt Gingrich on Fox News.

Gingrich was discussing impeachment as the phrase "Gingrich on the Left's Impeachment Obsession" appeared on the lower third of the screen. For students of history and politics, Gingrich led Republicans on the crusade against former President Bill Clinton for his extra-marital affair while in office. Gingrich's motives were clear to the American people, as just 24 percent supporting the impeachment of Clinton in 1998.

The GOP lost a number of seats in the election that followed, and Gingrich was kicked out of office.

Yet, somehow, 30 years later, he thinks Democrats are the ones who are obsessed with impeachment. While it didn't send shockwaves that destabilized the universe, it certainly sent Twitter clamoring to nail him on the hypocrisy.

Check out the best smackdowns below:

@IceManNYR @ndrew_lawrence I think he does this to keep himself relevant, not to support Trump.
— Bob Calder (@Bob Calder)1555984469.0