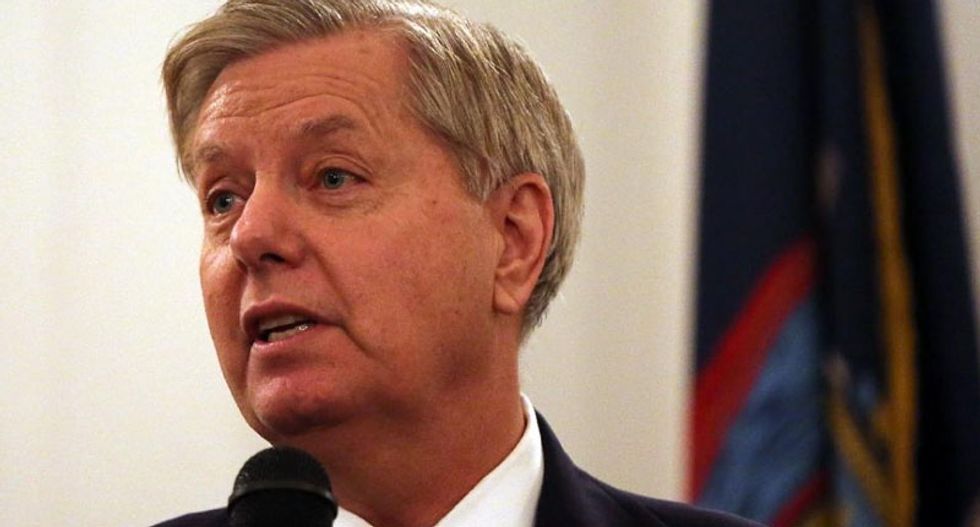 Attendees of Ivanka Trump's women's conference could be heard in hushed tones asking what on earth Sen. Lindsey Graham (R-SC) was talking about during his speech.

The Daily Beast reported Monday that Graham was a speaker during the Women Entrepreneurs Financial Initiative (WeFi) summit in the Ivory Coast. It was one of the president's daughter's pet projects, though it was unclear why Graham was speaking as neither a woman nor an entrepreneur. Clearly, he was confused too as he ranted and raved about the "radical ideology" in ISIS and Al Queda.

“It’s the enemy of mankind, not just the United States,” Graham said, of the imaginary invaders, recordings of the speech reveal. “Some of our soldiers will be needed, but not a lot. Most of the fighting will be done by people in the region. I promise you the enemy will lose because very few mothers or fathers want to turn their daughters over to ISIS, Al Qaeda or any other group.”

“We’re going to win this struggle. The only question is how long does it take and how many must die,” Graham said, noting that empowering women in Africa helped keep America safe.

“Giving a young woman in a remote, poor region an education and a voice for herself and her children is the terrorists’ worst nightmare,” Graham claimed. “So, if you really want to deal a blow to these evil people, build schools, create economic opportunity, allow a mother to have a say about the future of her children because she will inevitably say no to the terrorist.”

According to The Beast, the attendees could be overheard whispering about Graham and asking each other what he was talking about.

When he was finished, the audience quietly clapped, still seemingly confused.