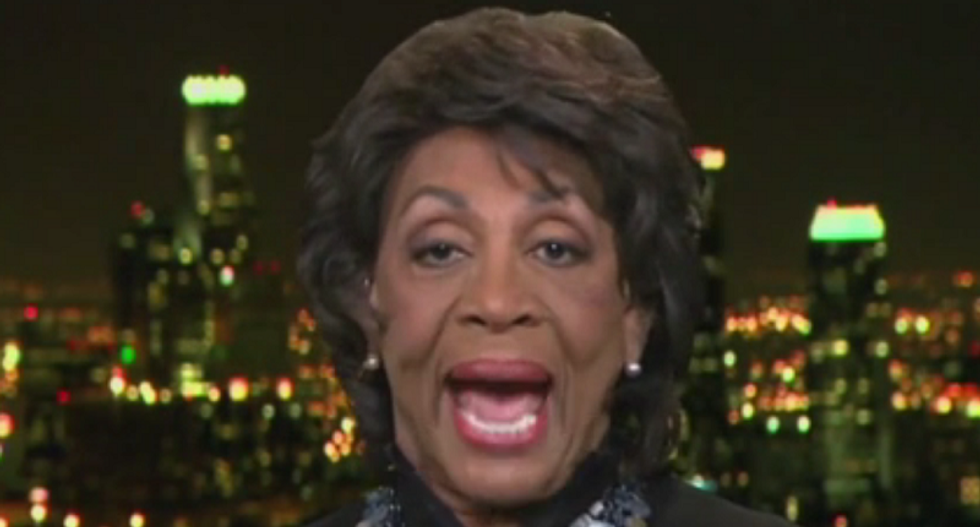 Barr's tactic of holding a press conference an hour and a half ahead of Congress getting the report is shady, said Waters, but "I never expected Barr to do anything that would be respectful to the members of Congress or to include us in any real way. He has proven himself. He auditioned for this job. He was chosen to protect the President of the United States, and that's exactly what he's doing."

"So I'm not surprised. I'm not even disgusted, because I knew that once he came out and he said there had been no obstruction of justice and that there had been no collusion, that he absolutely stepped out early to defend the president, to protect the president," said Waters. "I don't expect any reversal of that. I expect him to continue to play the role. He is basically a lackey and a sycophant for the president of the United States of America, and that's all it's gonna be."

"This report is gonna be overly redacted, and I don't know if we're going to get anything new or important out of that," Waters continued. "I just wish that the Mueller team would come forward, and I hope that Mueller will come before the committee and have a chance to tell his side of what he has done and have the questions given to him by the members of the Judiciary Committee that will help us to get at the truth about this president."

"I mean, this president and his minions are absolutely ridiculous, and they disrespect the members of Congress, and we know they have been involved with each other," said Waters. "His lawyers, and his aides, et cetera, talking with the White House about what's in the report already. And they are going to push back. They have advance information. Information that the members of Congress don't even have."

"And so members of Congress better know, he is gonna keep doing this, he's gonna keep disrespecting us, the Constitution of the United States of America, and there is no answer to how we should be dealing with him except impeachment," said Waters. "I have been saying it all along.