MSNBC's Stephanie Ruhle melts down over the idea of Herman Cain at the Fed: 'It's a huge risk' 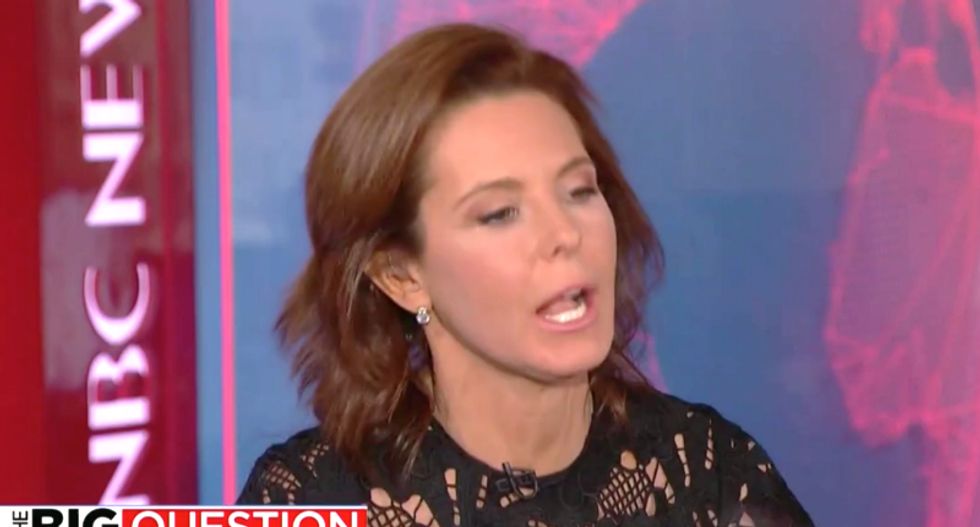 MSNBC's Stephanie Ruhle's head practically exploded on Friday as she tried --and failed-- to wrap her mind around the idea of pizza magnate and failed presidential candidate Herman Cain at the Federal Reserve.

Ruhle lost it at the tail end of a discussion of President Donald Trump's false promises to the electorate in 2016, and what strategies Democrats could pursue in 2020 to defeat him.

"The danger is what happens when Donald Trump's lies work? What I mean is he says to his base 'don't pay attention to your paycheck, I'm here on cultural issues, believe me, it's going to work," Ruhle said."The president's base doesn't go anywhere."

"At the same time, a whole lot of people at the top of the economic scale who didn't vote for him last time, their 401Ks are getting bigger," she continued, growing more agitated by the minute. "If he bullies the Fed to not raise rates, at least one time, that is going to help the stock market and people will hold their nose and say 'he's a liar, he's a fraud, he's a jerk, but I have more money."

"The president fired Janet Yellen, who was the best Fed chair in living memory, mainly because she was what? Too short, didn't look like a Fed chair?" chimed in economic analyst Felix Salmon. "And is now nominating Steven Moore and Herman Cain who have, effectively, zero qualifications between them."

"And you're going to lose the steady credibility of the fed and that's a huge risk," Ruhle continued. "You can like them or hate them, but they are a true independent hand and now getting this unpredictability -- it's really risky."