The Mueller report damns Trump in ways beyond Russia — here's how: conservative commentator 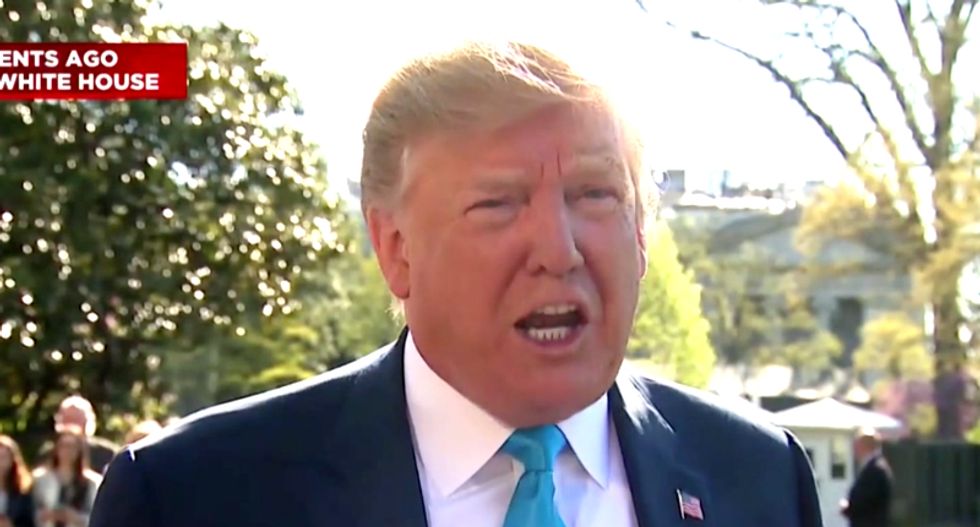 President Donald Trump continues to insist that the Mueller report exonerated him on both collusion with Russia and the obstruction of justice, even though Attorney General William Barr noted that the report did not clear the President on obstruction.

Writing in the conservative publication the Bulwark, Christian Vanderbrouk chronicles all the ways the Mueller probe linked Trump to wrongdoing aside from Russia.

"An incidental but important outcome of the Mueller investigation could be to reveal a broader scope of foreign meddling and interference with American politics and policymaking," he writes.

Vanderbrouk zeros in on a mysterious 2017 meeting brokered by the United Arab Emirates, designed to establish a backchannel to the Trump administration. The meeting occurred in Seychelles, but key players had already made contact.

"According to The New York Times, the future president’s son “responded approvingly,” and after the election, Nader paid Zamel a sum of up to $2 million."

Vanderbrouk notes that President Trump went to Riyadh for the multilateral Arab-Islamic-American Summit. At the summit, the president touched the orb with the leaders of Saudi Arabia and Egypt. But the meeting might have ramifications beyond the odd photo-op.

"We don’t know what particular assurances Trump may have provided at the summit, but two weeks later, a Saudi-led bloc of countries cut diplomatic ties with Qatar and imposed an economic embargo against the country."

During my recent trip to the Middle East I stated that there can no longer be funding of Radical Ideology. Leaders pointed to Qatar - look!
— Donald J. Trump (@Donald J. Trump)1496750795.0

Vanderbrouk concludes that the Mueller report certainly does not exonerate Trump from all wrongdoing.

"'What did the president know and when did he know it?' is a question we all hope the Mueller report resolves," he writes.

"But it is not the only question. The special counsel may or may not provide a roadmap for impeachment by documenting crimes, conspiracies or other abuses of power," he says. "By exposing the Middle East grift, he could also help drain the swamp that fuels so much of the cynicism that dominates our politics. And if you subscribe to the theory that “Trump is a symptom, not a cause,” this might turn out to be more important to the future of the republic."