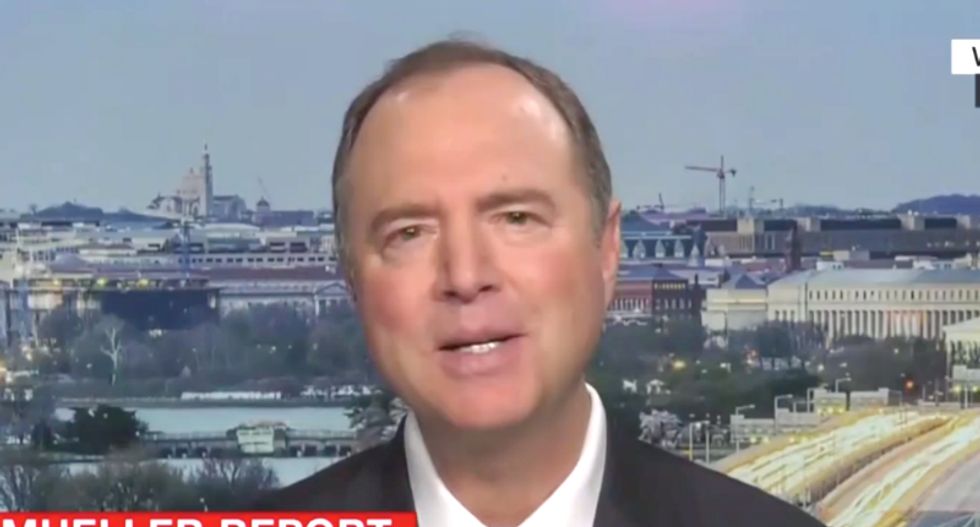 In a wide-ranging interview with CNN on Thursday, House Intelligence Committee Chair Adam Schiff (D-CA) said that Robert Mueller's team of investigators have every right to worry that President Donald Trump's attorney general Bill Barr "slanted" their results in his four-page summary, given that he was hand picked for his "hostility" to the probe.

"That doesn't explain it at all and in particular doesn't explain why Barr felt he had to draft his own summary rather than seeking court permission to release grand jury material and providing the Mueller findings when they were ready instead of trying to color the public's perception," Schiff said.

"Now we are two weeks into this, all we have is Bill Barr's word for this," he went on. "And of course that comes from someone who was picked for his hostility to the obstruction case, which appears to be what some of the Mueller team is taking issue with." Schiff continued to bash the attorney general, saying he "should have done what he pledged to do in his Senate confirmation" and be as transparent as possible.

"Again, it all comes back to the fact we need transparency," Schiff continued. "Let the American people judge whether what Mr. Barr did was fair or unfair and the only way that can happen is if they make this report public."