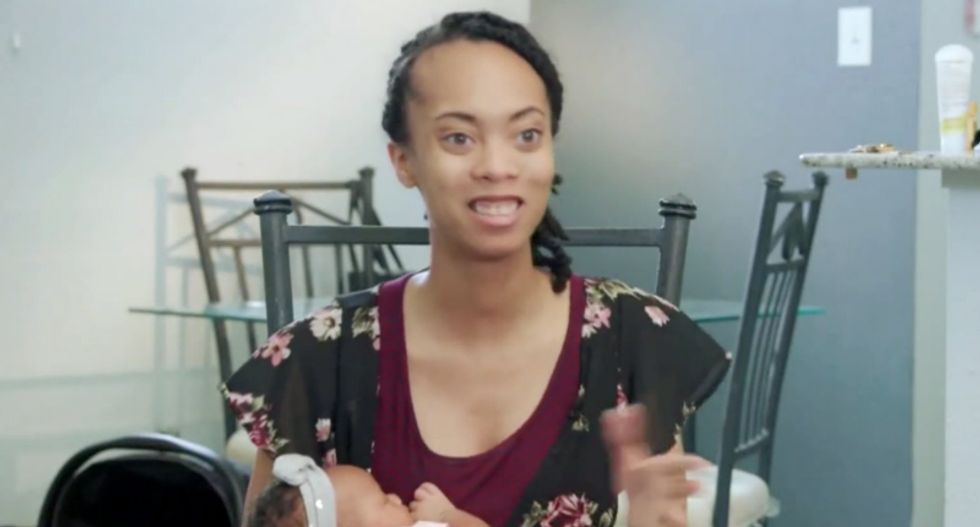 Victoria Pearl-Wright, a new mother and small business owner, told MSNBC on Monday what it was like to discover she owed "thousands" in taxes to the IRS, thanks to tax reforms championed and passed into law by President Donald Trump and the Republican Party, saying she broke down in tears.

"Typically I enjoy tax season because it's easy for me to do and we typically get a refund," Pearl-Wright said. "I get it done as soon as possible."

Pearl-Wright, who has a three week-old child, had been expecting a refund of about $5,000, which she had planned to use to "cover the cost of her unpaid maternity leave," said reporter Jake Ward. Instead, she and her husband learned they owed money.

"I called my husband immediately, crying," she said. "I was in a large amount of stress at that point. That's almost traumatizing."

Pearl-Wright's said her family earns less than $50,000 per year, but no longer qualify for the Earned Income Tax Credit. In addition, the Republican-led reforms wiped out taxpayers' personal exemptions, including work-related expenses, and set a cap on state and local tax deductions as well. Ward noted that "millions of Americans" are having the same unpleasant surprise.

"We were banking on the refund," said Pearl-Wright, who cut her maternity leave short as a result of her unexpected debt, and is still trying to figure out how she'll pay her tax bill. "We live paycheck to paycheck and we can't in a sense save right now."