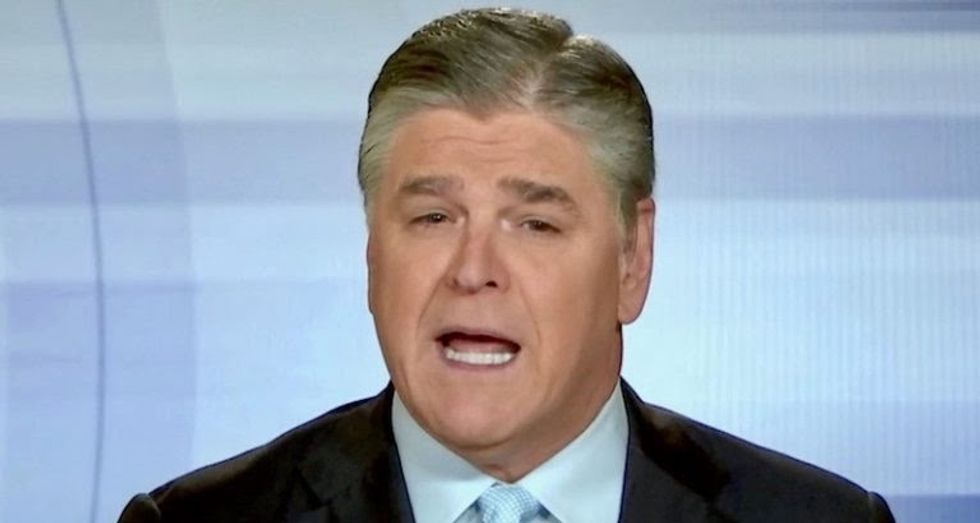 Right-wing talk show host and Fox News commentator Sean Hannity has notorious influence over President Donald Trump, who watches Fox News religiously and has been known to change policy, and even shut down the government, when Hannity suggests it.

But Trump is not the only way Hannity influences the Republican Party, as Jake Sherman and Anna Palmer described on CNN's "New Day" while promoting their new book about Trump's relationship with Congress, "The Hill to Die On." In fact, major House Republicans like Rep. Jim Jordan (R-OH) sought his counsel as well.

"It is fascinating, in your book, how often [Hannity] is involved in policy conference calls," said host Alisyn Camerota.

"I think that was one of the stunning things throughout the book that we detailed," said Palmer. "Him being on conference calls, and with Republicans, with the president, around health care. You also have members of Congress leaving private meetings where they're deciding what they're going to do on major issues, and the first call is Sean Hannity."

"Did they make, or did he call them?" Camerota asked.

"Both," said Sherman. "During the shutdown, Jim Jordan was in almost constant contact with Sean Hannity ... it shows Sean Hannity's hold over members of Congress and the president.

"The Senate confirmed Sean Hannity, by the way," joked host John Berman, to chuckles from Sherman.

Authors of a new book on Trump's relationship with Congress detail the extent of Sean Hannity's involvement in policy.

"During the shutdown Jim Jordan was in almost constant contact with Sean Hannity... It shows Sean Hannity's hold on members of Congress and on the President." pic.twitter.com/DO7GPuvyXv