NRA could lose its tax-exempt status amid allegations of 'misuse of assets': report 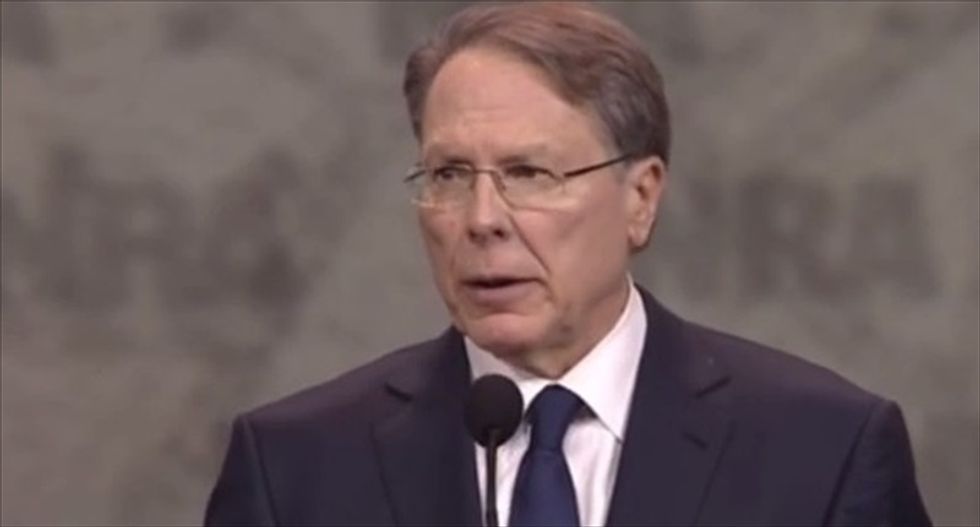 On Wednesday, The New Yorker published a searing, in-depth exposé of the National Rifle Association, revealing that the organization is plagued with serious financial misdealings. Former IRS official Marc Owens called the allegations "one of the broadest arrays of likely transgressions that I've ever seen," riddled with "misuse of assets," and noted that "Those facts, if confirmed, could lead to the revocation of the NRA.’s tax-exempt status."

Many of the allegations stem from the NRA's longtime relationship with Ackerman McQueen, an Oklahoma-based advertising agency that devised their NRATV streaming service, a magazine showcasing the NRA's donors, and an insurance policy for gun owners known as Carry Guard, which has since been discontinued.

Memos from internal audits reveal that the NRA has been paying exorbitant amounts to Ackerman for its services, above and beyond what they are worth, and that many of the deals appear to be riddled with conflicts of interest, as former Ackerman officials recruited by the NRA promoted vendor deals for their personal enrichment.

Many of these payments have been unknown to the IRS for years, because the NRA has exploited loose reporting requirements to omit millions of dollars in payments to Ackerman's affiliates.

All of these problems appear to be coming to a head. NRA previously stated in recent court filings that the organization has been in deep financial trouble ever since the Carry Guard program was ruled illegal by the state of New York, costing the organization its liability insurance and destroying one of Ackerman's big ventures. Earlier this week, the NRA filed suit against Ackerman over their refusal to provide viewership data for NRATV.